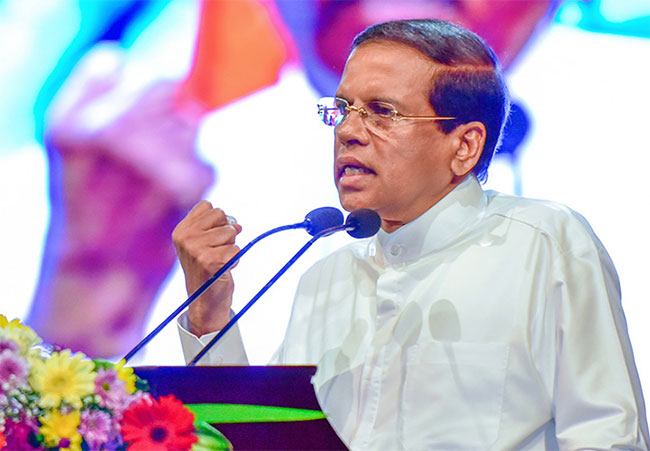 President Maithripala Sirisena has said the people will have the opportunity to elect a new government within the next five months and that he expects them to use their franchise wisely to select honest individuals who love the country.

The only way to re-build this economically backward and the corrupted country is to elect a government with honest politicians, the President has stated attending a ceremony to declare open the newly-constructed District Hospital in Nuwara Eliya today (15), the President’s Media Division (PMD) said.

Politicians, who love the country will instinctively work to uplift the public, the President has said.

He has pointed out that achieving development goals would not have become a challenge if the workforce of the government sector, the front runner of the forward march of the country with strong manpower of 1.6 million as well as the academics, carry out their due responsibilities.

During the last five years, the welfare programmes carried out for the benefit of the estate sector people is unparalleled, the President has said, adding that many steps have been taken to ensure free medical and education facilities of this important segment of the society.

Illegal drug trafficking is the simplest and the easiest way to destroy a country, the President has stressed.

The country is unable to reap the real benefits of many progressive activities due to clandestine agendas of some political parties and their members, he has continued.

The President has also emphasized the importance of work beyond petty political gains.

The construction work of this hospital was commenced in 2012 when the President was holding the portfolio of the Health Minister and the hospital is expected to provide quality service to the tourists who are visiting the picturesque Nuwara Eliya city, the PMD said.

Following the unveiling of the plaque, President has reportedly engaged on an inspection tour.

President has registered the first three patients who came to the hospital for treatment, the PMD added.

Ministers Rajitha Senaratne and Navin Dissanayake, Governor of the Central Province Maithri Gunaratne, Secretary to the Ministry of Health Wasantha Perera, Director General of Health Services Dr. Anil Jasinghe, a delegation from the Netherlands and the Director of Nuwara Eliya Hospital Dr. Mahendra Seneviratne were among the gathering.