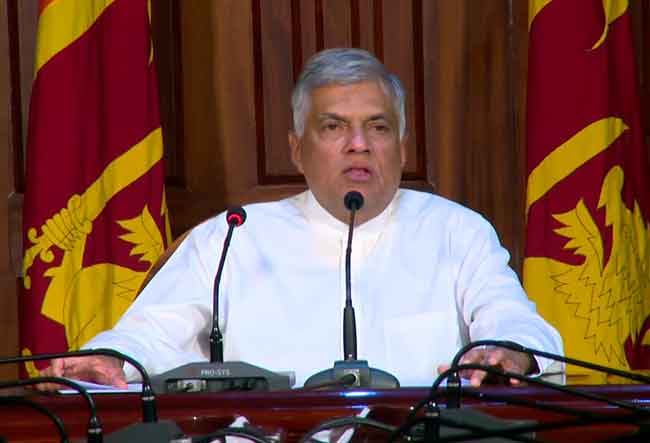 Prime Minister Ranil Wickremesinghe has informed the parliamentarians of the United National Party not to make comments on the candidate of the upcoming presidential election.

He has reportedly stated this during the meeting of the UNP parliamentarians held at the Temple Trees last evening (17).

State Minister Ranjan Ramanayake revealed this speaking to the media following the meeting.

Commenting on the Special Parliament Select Committee, the state minister said the country needs a committee as such at the moment.

The meeting of the UNP parliamentarians chaired by the prime minister have discussed the current political situation in detail.