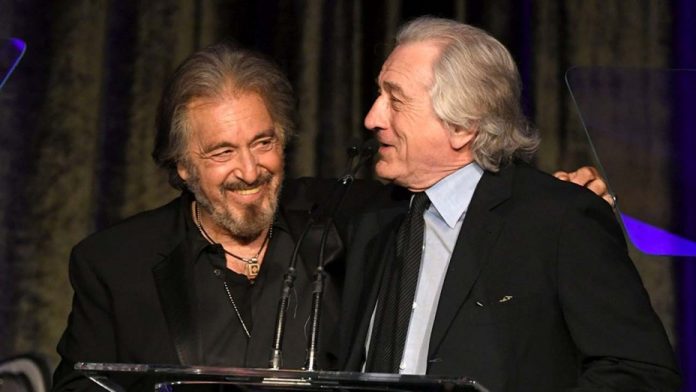 Presenting the award to Pacino, Niro said, “The term icon is overused, but not tonight.”

Adding a teasing remark he said, “Looking at those clips from Al’s career, I can’t help but think’ How did I not get those parts?’ I guess they were going for someone older.”

Recalling his first meeting with Pacino in their early 20s, he said, ” Al and I got to be friends over the years, hanging out from time to time, talking about work, life, whatever, competing viciously with each other for parts.”

“Al’s career exploded with The Godfather and two years later in godfather 2, Al reprised his role of Michael Corleone I played the young old Vito Corleone in the flashbacks. In other words, I played Al’s father. And that’s when I think I became a father figure to Al, and he’s looked up to me in that way ever since,” he added.

Robert De Niro called Pacino on stage as he said a classic from scarface , “Say hello to your little friend!”