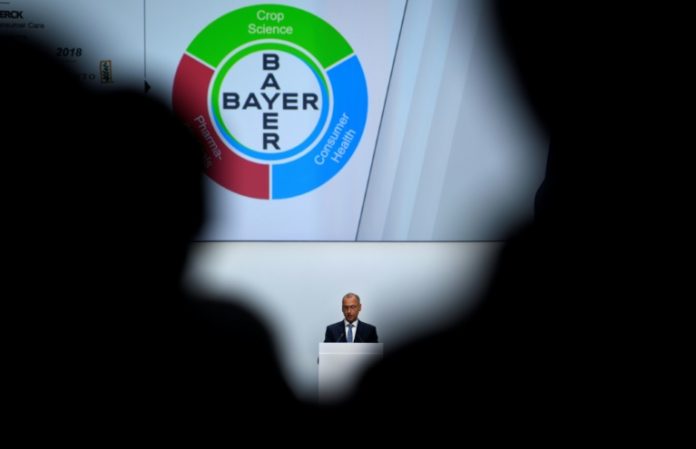 Bayer’s public relations headaches over its mammoth takeover of Monsanto intensified Tuesday, as a scandal about “watch lists” of pro- or anti-pesticides figures kept by the US group snowballed across Europe.

The German group said the lists covered politicians, journalists and others across seven European countries and in Brussels.

Bayer’s admission adds to the company’s woes that have piled up since it acquired Monsanto for $63 billion in 2018 — one of the largest in German corporate history — which has also lumbered it with a massive burden of health-related lawsuits.

The Leverkusen-based group said Tuesday that PR agency FleishmanHillard “drew up lists of stakeholders in France, Germany, Italy, Netherlands, Poland, Spain and United Kingdom, as well as regarding stakeholders related to EU institutions” on Monsanto’s behalf.

Bayer promised transparency over the lists earlier this month, after a French television channel revealed the existence in France of files on prominent backers and opponents of pesticides and genetically modified crops.

“The lists primarily include journalists, politicians and other interest groups,” the company said.

Elected officials and media in France and beyond immediately cried foul over the affair, prompting Bayer to apologise.

AFP has filed a complaint with a French regulatory body, the Commission Nationale Informatique et Libertes, because some of its journalists were on the list.

Bayer said Tuesday it had hired law firm Sidley Austin to investigate the lists and to determine whether they extended to other countries.

Its lawyers will also contact the individuals named to inform them what data FleishmanHillard collected on them, Bayer said, starting “no later than” May 31.

Meanwhile, the Leverkusen-based group said it would suspend the agency’s PR work and that it “is examining the contractual options for a possible exit as soon as possible” in other areas, although marketing projects would be upheld.

The debacle over the watch lists is just one area where Bayer management is struggling to put out a number of different legal and public relations fires, diverting attention away from efforts to turn the combined pharmaceutical and agrochemicals group of Bayer-Monsanto into a global player.

Along with Monsanto’s arsenal of genetically modified crops, the German company has also acquired its business with herbicide glyphosate.

Many of the engineered seeds are designed to be resistant to the weedkiller, giving the combined technologies blockbuster sales potential.

But despite intensive scientific study and the approval of regulatory authorities worldwide, doubts have remained in the public’s mind about the safety of glyphosate for humans, as well as for vital pollinating insects like bees.

Bayer now faces around 13,400 lawsuits in the US from plaintiffs alleging their illnesses, including many cancers, had been caused by glyphosate-containing Monsanto weedkillers, such as the flagship product, Roundup.

Three juries have so far ordered Monsanto to pay sufferers massive compensation, with the latest award for $2 billion to a couple in California.

Bayer is appealing the cases and stands by its position that “regulatory authorities around the world consider glyphosate-based herbicides as safe when used as directed”.

Shareholders proved largely unconvinced by the management’s strategy at the group’s annual general meeting last month, with 55.5 percent voting against the board.