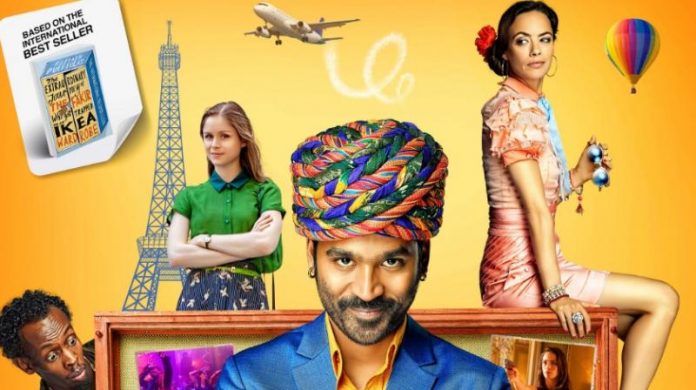 Dhanush fans’ excitement knew no bounds when the international project The extraordinary journey of the fakir, which has him in a crucial role, was announced almost three years ago. After several speculations, it is now official that the project is set to release in India and a few other countries on June 21.

An excited Dhanush took to Twitter to convey the same to his fans and well-wishers. He posted, “Delighted to share with all of you that my first International Film #TheExtraordinaryJourneyOfTheFakir is releasing in India, United States, Canada, UK, Singapore, Malaysia, Bangladesh and Nepal on the 21st of June. Thrilled to share this very special journey with all my fans.” 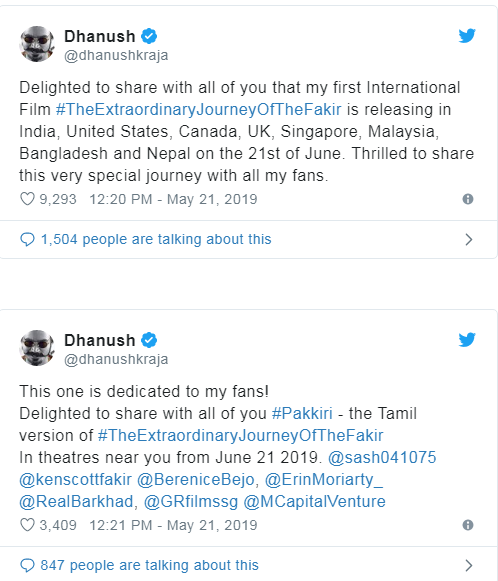 Interestingly, the film, which has been titled as pakkiri in Tamil, has Bérénice Bejo, Erin Moriarty, Barkhad Abdi, Gerard Jugnot and Ben Miller in prominent roles. The fantasy movie directed by Ken Scott has cinematography by Vincent Mathias. The film received two awards – one each in Norwegian International Film Festival and Barcelona Sant-Jordi International Film Festival under Ray of Sunshine Award and Best Comedy categories respectively. 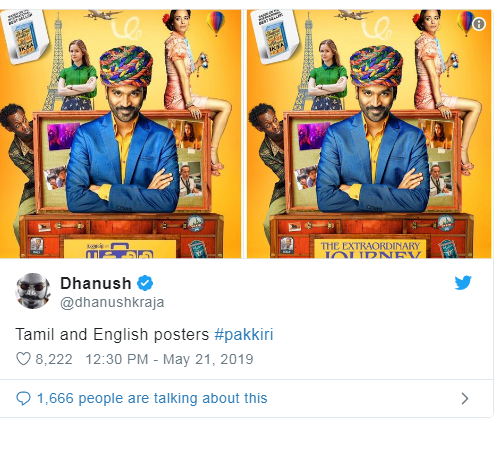