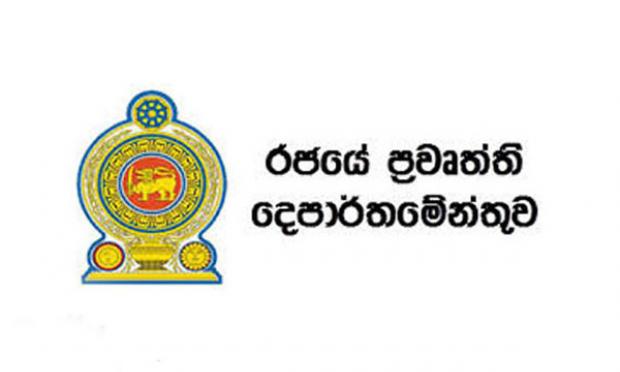 Legal action will be sought against persons who disperse rumours or false statements that may cause panic and incite violence among the public, says the Department of Government Information.

The department stated this issuing a communiqué on the rules and the general public must pay attention to in view of the prevailing situation in the country.

The communiqué issued by the Director General of the department says legal action will be taken against those who communicate or spread any rumour or false statement which is likely to cause public alarm or public disorder, and against persons who propagate war or advocate national, racial or religious hatred that constitute incitement to discrimination, hostility or violence, as well as those who cause acts of violence or religious, racial or communal disharmony or hostility between different communities or racial or religious groups.

Such persons will be charged under Emergency (Miscellaneous Provisions and Powers) Regulation No 01 of 2019, Section 3 (1) of International Covenant on Civil and Political Rights (ICCPR) Act No 56 of 2017 and Section 02(1) (h) of Prevention of Terrorism Act (Temporary Provisions) Act No 48 of 1979 as mentioned in the communiqué issued by the Department.