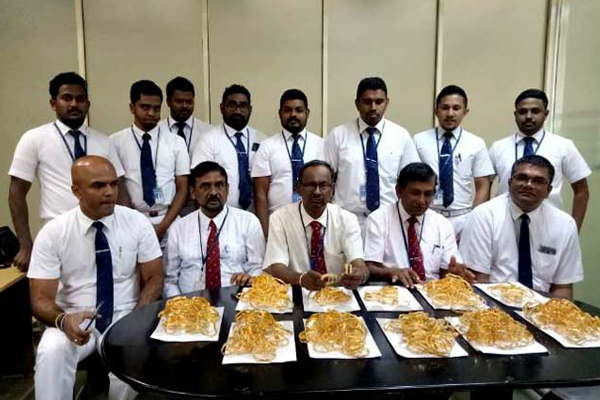 A Sri Lankan employed at a foreign airline has been detained at the Bandaranaike International Airport (BIA) along with gold jewellery worth over Rs 21 million.

He was held by a group of officers of Customs Narcotics Control Unit attached to the BIA.

The contraband contained 423 gold bangles weighing 4kg 43g and it was concealed inside his travelling bag, the Customs media spokesperson said.

It was reported that the gold bangles are worth Rs 21.5 million.