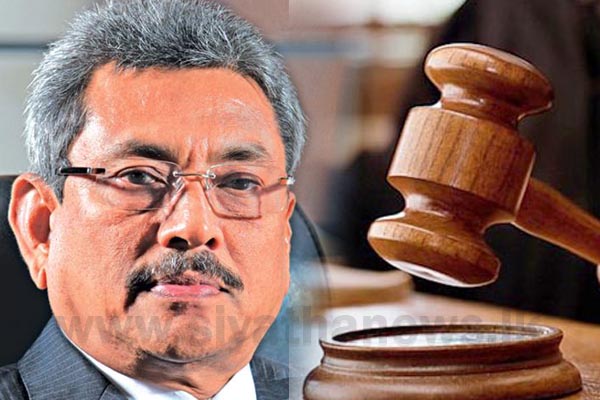 The Colombo Magistrate’s Court has ordered to postpone the case filed by the Bribery Commission against Gotabhaya Rajapaksa and seven others over Avant Garde allegations until 29th of April.

When the case was called before Colombo Chief Magistrate Lanka Jayaratne today (26), the prosecution and the defence told that the Court of Appeal has already issued an injunction order suspending the hearing of the case.

Taking this request into consideration, the Chief Magistrate ordered to postpone the next hearing until 29th of April.

The Bribery Commission had filed this case against the former Defense Secretary and eight defendants for incurring a loss of Rs 11.4 billion to the government by allegedly allowing Avant Garde Maritime Services (Pvt) Ltd to maintain a floating armoury at the Galle Fort.

The defendants of this case include Chairman of Avant Garde Nissanka Yapa Senadhipathi, former Additional Defense Secretary Damayanthi Jayaratne, and the former Coordinating Secretary of the Ministry of Defense, Major General Palitha Fernando.

Three former navy commanders Somathilaka Dissanayake, Jayanath Colombage and Jayanath Perera have also been named as defendants of the case.