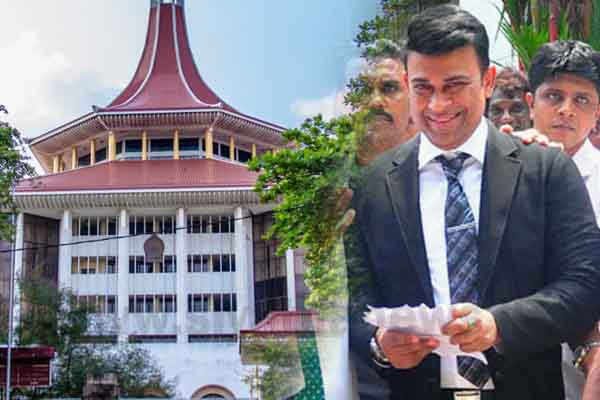 The Supreme Court ordered the Contempt of Court charges filed against State Minister Ranjan Ramanayake to be taken up on 13th of March.

The case was taken up before a judge bench comprising Supreme Court Justices Priyantha Jayawardena, Vijith Malalgoda and Murdu Fernando, this morning (26).

Supreme Court Judge Bench declared that considering the next steps to be taken regarding the case will be postponed until the 13th March.

Representing the defendant Ramanayake, President’s Counsel Faisz Mustapha, informed the court that his client had not received the notice issued by the Supreme Court, however, the defendant would appear before the court out of respect for the court.

The President’s counsel further informed the court that preliminary objections would be filed regarding this complaint.

The case was filed against MP Ranjan Ramanayake over Contempt of Court charges for allegedly making a controversial statement regarding the composition of the Supreme Court judge bench hearing the petitions filed against the dissolution of Parliament.