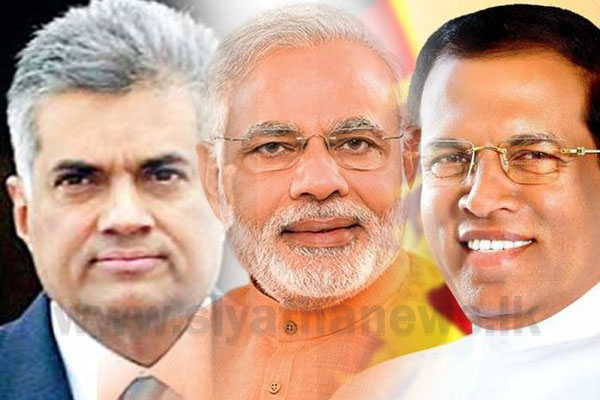 At least 37 CRPF personnel were killed and five injured on Thursday in one of the deadliest terror attacks in Jammu and Kashmir when a Jaish suicide bomber rammed a vehicle carrying over 100 kg of explosives into their bus in Pulwama district.

“I strongly condemn the brutal terrorist attack in Kashmir’s Pulawama district the worst-ever terror attack in Jammu and Kashmir since 1989. I express my condolences to @narendramodi and the families of police officers who lost their lives,” Wickremesinghe said on Twitter.

President Sirisena stated that the entire world must condemn such brutal terrorist attacks and take effective action to prevent such incidents in the future.

Former president and Leader of the Opposition Mahinda Rajapaksa also took to Twitter to extend his condolences.

“I condemn the terror attack in Jammu and Kashmir… I extend my heartfelt condolences to the families of the deceased. The world should continue to combat terrorism,” he said.