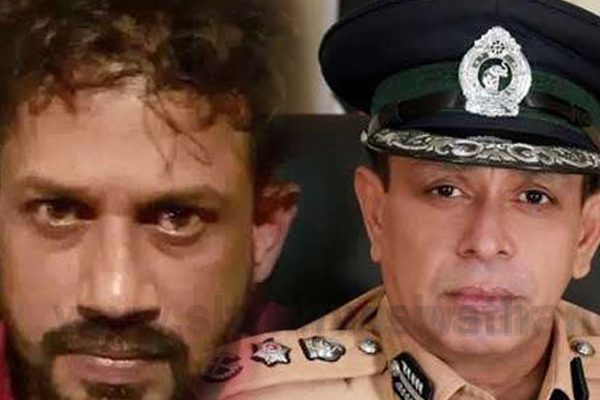 The wanted Sri Lankan drug lord was among several prominent underworld figures arrested red-handed in a raid at a hotel in Dubai.

Among the 20 suspects arrested was a visitor carrying a diplomatic passport and popular singer, according to sources.

A large quantity of drugs was recovered from the suspects in the joint operation by the Dubai Police and Sri Lankan law enforcement authorities.

Commandant of the Special Task Force (STF) Senior DIG M.R. Latiff stated that action would be taken on a diplomatic level to secure the extradition of the arrested suspects including Madush to Sri Lanka.

He said that after talks are held between officials from both countries, a time frame would be decided upon to extradite them.

The STF chief said that Sri Lanka’s Ministry of Foreign Affairs and State Ministry of Defence would intervene and handle the relevant affairs.

State Minister of Defence Ruwan Wijewardena stated that while they have received information that Makandure Madush was arrested in Dubai they have not been officially notified regarding the arrest on a diplomatic level.

He said that discussions will be held with Dubai authorities on the possibility of Sri Lankan authorities taking custody of the suspects.