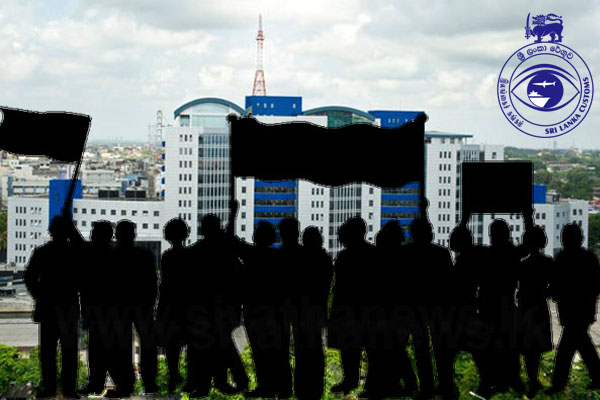 The Customs Officers’ Association stated that if they do not receive a solution for their trade union issue, they, together with several other trade unions, will launch a broader trade union action from Tuesday (05).

Former Chairperson of the Association, N. S. Kumanayaka stated that they are prepared to withdraw from the essential services which carried on currently.

The trade Union action was launched by the Customs Trade Union Alliance on Wednesday (Jan. 30) in protest over the decision to transfer the Director General of Sri Lanka Customs P.S.M. Charles and the appointing of a retired navy officer to the position.

The operations at the Customs Headquarters have come to a standstill during the past four days owing to the trade union action while Customs Clearance operations have been limited.

Accordingly, while the clearance of normal goods has been completely halted only the clearance of potatoes, onions and medicinal drugs are currently still continuing, the trade unions point out.

The trade unions engaged in the union action say that this has resulted in the loss of around Rs 2 billion on a daily basis for the government.