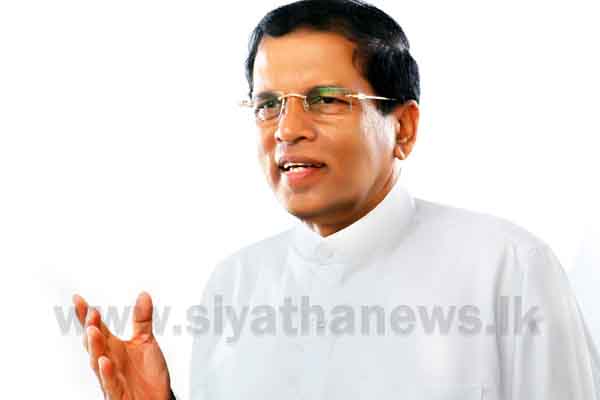 President Maithripala Sirisena has stated that the death sentence must be imposed on those engaging in drug-related offenses.

The ‘Janapathi  Prashansa’ awards ceremony felicitating Police officers who played a major role in making the concept of ‘Mathin Nidahas Ratak’, a success is held today (28) at 10.00 a.m. at the Sugathadasa Indoor Stadium.

The awards ceremony will be held under the patronage of President Maithripala Sirisena. Nearly 1,034 Police officers who were actively involved in dangerous drug raids and prevention activities during the period from January 14, 2015 to January 14, 2019 will be felicitated on the occasion.