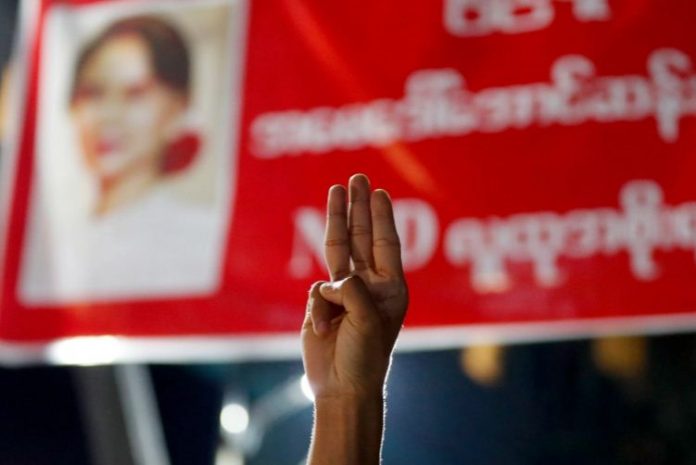 Myanmar’s military should relinquish power and release officials and activists detained in a coup, US President Joe Biden said in his first foreign policy address on Thursday, as the UN Security Council issued a statement expressing “deep concern” at events in Myanmar.

Biden said the United States was working with its allies and partners to address the generals’ takeover on Monday, which was confirmed hours after they arrested the country’s elected leader Aung San Suu Kyi and other members of the government and her party in a series of early morning raids.

“There can be no doubt in a democracy force should never seek to overrule the will of the people or attempt to erase the outcome of a credible election,” Biden said.

“The Burmese military should relinquish power they have seized and release the advocates and activists and officials they have detained, lift the restrictions on telecommunications and refrain from violence.” 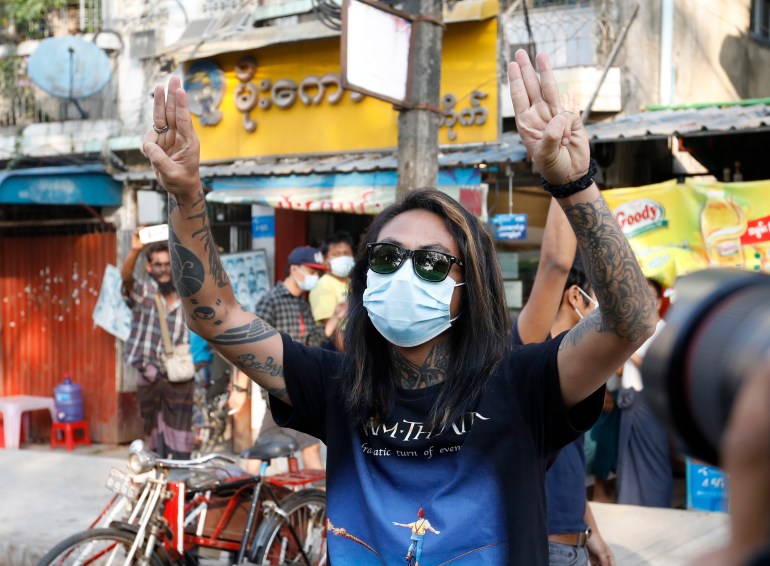 Former President Barack Obama began lifting US sanctions on Myanmar in 2011. By 2016, most had been removed. Biden was Obama’s vice president.

On Thursday, the UN Security Council joined calls for Aung San Suu Kyi’s immediate release and others detained by the military, and expressed “deep concern” at the state of emergency imposed by the military.

The 15-member council “stressed the need to uphold democratic institutions and processes, refrain from violence, and fully respect human rights, fundamental freedoms and the rule of law”.

The council also expressed concern “at the restrictions on civil society, journalists and media workers”.

The statement was issued two days after the council held an emergency meeting behind closed doors to discuss the coup which took place on the day Myanmar’s new parliament was due to convene. That meeting broke up with the council unable to agree a statement and China and Russia saying they needed more time.

“Today the council has united to make clear that Aung San Suu Kyi must be released, and democratic institutions restored in Myanmar,” he wrote on Twitter. The UK currently holds the presidency of the the security council. 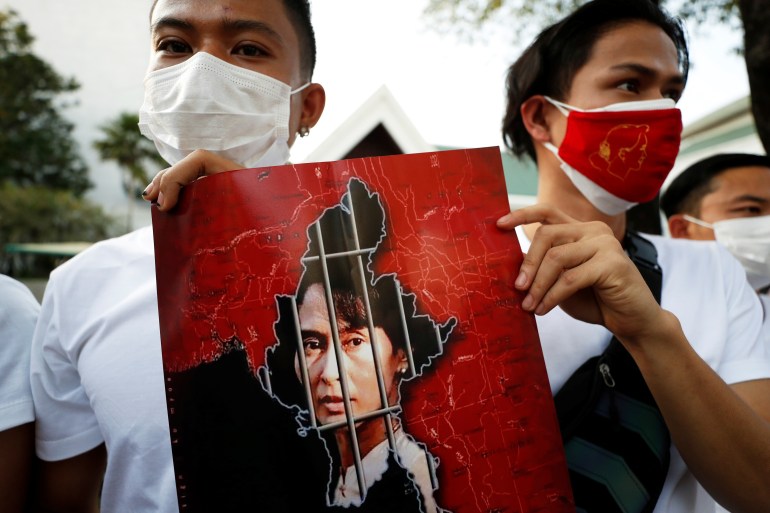 The military said its move was necessary because the government had not acted on its unsubstantiated claims of fraud in November’s election in which the military’s proxy party did poorly.

Aung San Suu Kyi, who has not been seen since she was detained, has been charged with possessing illegally imported walkie-talkies, which carries a maximum three-year sentence, according to her party.

The military has also restricted access to Facebook and other social media platforms which people have used to organise a campaign of civil disobedience with some doctors and civil servants refusing to work for the military.

Experts are closely watching the response of China, which has large investments in Myanmar, as well as  the Association of Southeast Asian Nations (ASEAN), which Myanmar joined in 1997 when it was previously a military dictatorship.

Members including Singapore and Indonesia have expressed concern about recent developments while others such as Cambodia have determined it to be an “internal” affair.

“Mr Sullivan conveyed President Biden’s deep concern regarding the coup in Burma (Myanmar) and expressed appreciation for ASEAN nations’ attention to this crisis, noting the importance of regional support for the immediate restoration of Burmese democracy,” the statement said.

On Friday, four of ASEAN’s human rights commissioners said they were “extremely concerned” at the military takeover.

“We support the continued democratisation and peace process in Myanmar and call on all parties to resolve any disputes through lawful mechanisms and peaceful dialogue,” the four commissioners, representing Malaysia, Indonesia, Thailand and Singapore, said in a statement.

“We look forward to a democratic and peaceful outcome that is in accordance with the will and interests of the people of Myanmar.”

The Myanmar military, known as the Tatmadaw, is notorious for the violent suppression of democratic movements, while tens of thousands have been forced for their homes in long-running conflicts in ethnic minority areas of the country.

In 2017, a brutal military crackdown in the western state of Rakhine that is now the subject of a genocide investigation sent hundreds of thousands of mostly Muslim Rohingya into neighbouring Bangladesh.

In 2019, fighting in the state escalated again with the armed forces battling the Arakan Army, an ethnic Rakhine group. Many people in that area were deprived of their vote in November’s election because of the fighting.

Rights groups said while the Security Council statement was welcome, the reality of Myanmar’s situation, and the military’s track record demanded concrete action.

“The geopolitical reality between Council members is no doubt complicated. Yet it is certain that the Council’s continued failure to act will have dangerous ramifications for the people of Myanmar,” said Akila Radhakrishnan, president of the Global Justice Center in New York.

“Ethnic groups like the Rohingya, activists, and others who speak out against the military are at risk. The military must be shown that there are consequences for such brazen attacks on democracy. The Council is in a unique position to lead this charge for accountability and if it fails, the people of Myanmar are all the more likely to face another violent era of military dictatorship.”