Northeast monsoon conditions have been established over the island.

Showers or thundershowers will occur at times in Northern, Eastern, North-Central and Uva provinces and in Matale, Nuwaraeliya and Hambanthota districts.

Showers or thundershowers will occur at several places in Sabaragamuwa province and in Kaluthara, Galle, Mathara and Kandy districts after 2.00 p.m.

Fairly heavy falls above 75mm can be expected at some places in Eastern province and in Matale, Nuwaraeliya and Polonnaruwa districts.

Fairly strong gusty winds up to 50 kmph can be expected in Eastern slopes of central hills, Northern, North-Central and North-Western provinces and in Hambanthota district. 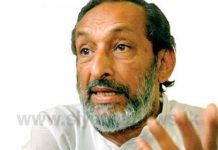