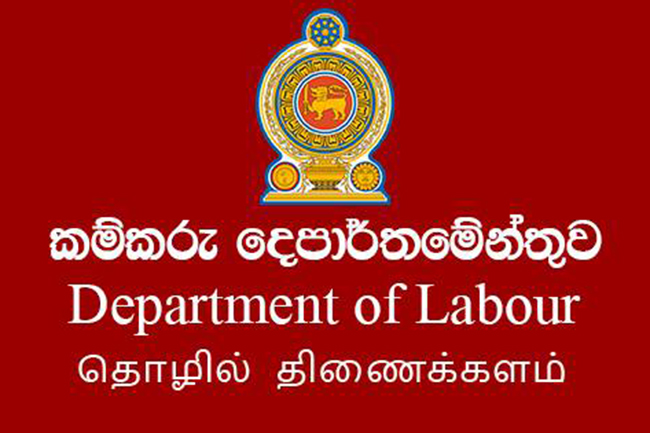 A special programme is underway to provide solutions to the complaints lodged by labourers of the private sector, in line with the second wave of COVID-19, the Department of Labour said on Saturday (Nov. 21).

“These complaints will be investigated at the District Offices level,” Commissioner General of Labour, Prabath Chandrakeerthi told media on Saturday (Nov. 21).

According to the Chandrakeerthi, a majority of complaints included issues related to the payment of salaries, while complaints were also lodged by employers over the inability to continue operations at institutions due to the heavy losses incurred as a result of the prevailing situation.

“In the past week, a factory in Payagala, Kalutara was completely shut down, which resulted in close to 160 employees losing their jobs. A complaint was received in this regard and investigations are underway,” Chandrakeerthi noted.

The Commissioner-General of Labour emphasized that employers cannot remove employees as they wish, adding necessary relief will be provided to affected parties.

The Department of Labour has issued a special set of instructions to employers of the private sector with regard to the payment of salaries, according to Commissioner General of Labour, Prabath Chandrakeerthi.