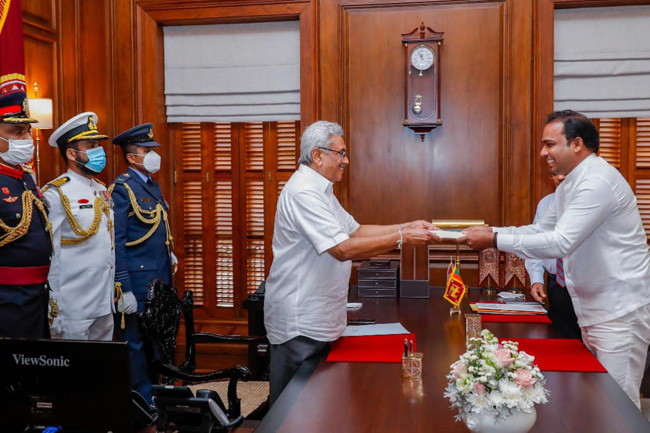 Parliamentarian Sadasivam Viyalanderan has been sworn in as the State Minister for Rural Development, Promotion of Domestic Livestock and Minor Crops.

He was previously sworn in as the State Minister of Professional Development of Postal Services and Mass Media on the 12th of August at the swearing in ceremony held at the Magul Maduwa (Audience Hall) of the historic Temple of the Sacred Tooth Relic premises in Kandy.