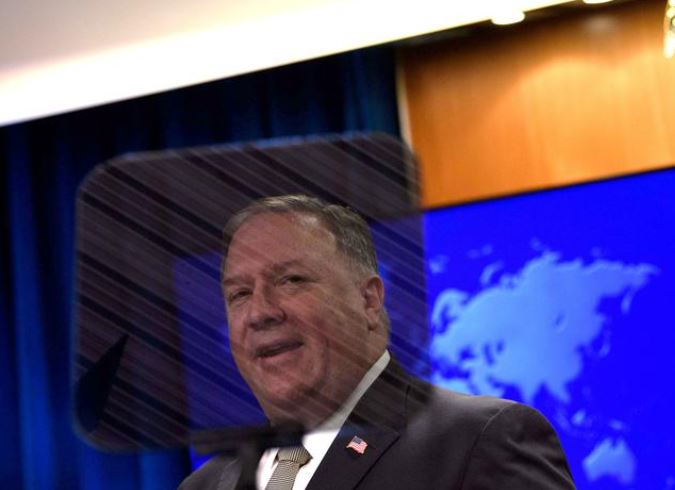 A warm welcome and expressions of solidarity against China likely await U.S. Secretary of State Mike Pompeo next week when he visits East Asia for the first time in over a year, but the looming U.S. election means Asian allies will think twice before making concrete promises to Washington.

Pompeo heads for Japan, Mongolia and South Korea on Sunday at a time when U.S. ties with Beijing are at their worst in decades in the face of the coronavirus, which originated in China and has now infected President Donald Trump, his wife Melania and millions of other Americans.

An Oct. 6 gathering of Pompeo and his counterparts from Australia, Japan and India, dubbed the “Quad,” will likely be the highlight of the trip, even though the top U.S. diplomat for East Asia, David Stilwell, conceded on Friday that the meeting would probably not produce a joint statement of intent, despite shared worries about China.

Trump, who tested positive for COVID-19 on Thursday night, has blamed China for unleashing the virus that has killed more than a million people around the world, and has made a hard line against Beijing a central part of his Nov. 3 re-election bid.

Most Asian allies have been pleased with Washington’s toughness toward their regional rival, but have not so eagerly welcomed Trump and Pompeo’s highly charged recent rhetoric and remain wary of going too far in openly antagonizing China.

“Everyone knows that the U.S. is the number-one security partner, but China is their number-one trading partner,” said Miyeon Oh, an Asia security specialist at the Atlantic Council. “The U.S. government is telling Asian countries, ‘We are not asking you to make a choice,’ but in the end, they are asking them to make a choice.”

The U.S. election is another factor. Trump could lose to Democrat Joe Biden, or win re-election and potentially harden his stance on China. Until the results are in, Asian leaders are unlikely to make any significant moves.

Both Japan and South Korea will attempt a balancing act during Pompeo’s trip, Oh said, careful not to stick their necks out too far to upset China, while also expressing support for the United States, in case Trump wins.

Pompeo may, however, be asked in private to dial down the tone.

“There are very, very powerful political leaders, business leaders who do not trust China, who want the U.S. to work with Japan and India and Australia to counter China, but they want to keep making money off China and they don’t want such a confrontational approach,” said Mike Green, an Asia expert at Washington’s Center for Strategic and International Studies.

“I think with Pompeo behind the scenes they’re going to say, basically ‘Speak softly; carry a big stick, but speak softly.’”

Pompeo has led the rhetorical assault on China, accusing Beijing of covering up the COVID-19 outbreak and of using nefarious means to attempt to displace the United States as the world’s leading power, while brutally oppressing religious minorities and political opponents.

He has also infuriated Beijing, which has been an important player in U.S.-led attempts to persuade North Korea to denuclearize, by increasing U.S. engagement with Taiwan, which Beijing considers a renegade province that it has vowed to reunite with the mainland, by force if necessary.

Rising tensions over Taiwan have led some analysts to speculate China might be tempted to take advantage of a contested U.S. election to realize this goal and have also generated suggestions that Pompeo should consider an unannounced stop in Taipei to underline U.S. support.

If he did, he would be the most senior U.S. official to visit the island since Washington switched recognition to Beijing from Taipei in 1979. China would see such a move as an enormous provocation.

Asked about such rumors on Friday, Stilwell did not specifically dismiss them, but said U.S. policy toward Taiwan had not changed and he had no additional travel to announce.

Randall Schriver, until last year the top Pentagon official dealing with East Asia, said the fact there was bipartisan support in Washington for a tougher line on Beijing that would also prevail in the case of a Biden administration meant Pompeo could have more robust conversations.

The United States has accelerated efforts to cut back reliance on China for medical and security-related supply chains and lobbied hard to get allies to cut cooperation with telecoms giant Huawei and other Chinese technology firms.

While the Quad meeting may not yield a specific action plan, the very fact of its meeting would serve as a warning to China and play to its fears that it might one day grow into a formalized grouping as NATO had to contain the Soviet Union, Green at CSIS said.

Japan, which is embroiled in a dispute with China over ownership of islands in the East China Sea, has a new prime minister, Yoshihide Suga, who took office this month and has little diplomatic experience.

He has to contend with maintaining working ties with Japan’s bigger neighbor and U.S. demands for a tougher stance.

“If Japan takes a total confrontation approach … there would be an uproar in Japan – Japanese public opinion is divided and it would shake the basis of the new Suga government,” said Akio Takahara, a China specialist at the University of Tokyo.

South Korea, another U.S. ally engaged in bruising talks with the Trump administration over shared defense costs, has been skeptical of the Quad. It has responded coolly to the idea of South Korea joining the grouping or a more formal alliance.

“We are willing to engage in discussions on specific issues, but if that’s a structured alliance, we will certainly think very hard about whether it serves our security interest,” its foreign minister, Kang Kyung-wha, said this month.