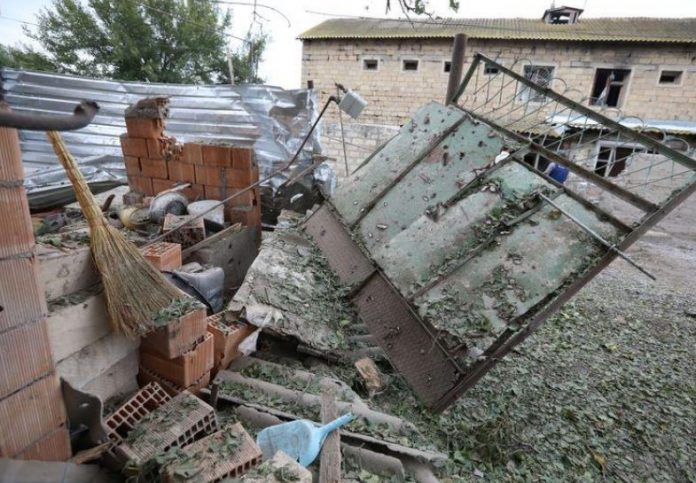 Armenia said on Friday it would engage with a European security watchdog on renewing a ceasefire in Nagorno-Karabakh as the death toll rose from five days of fighting over the breakaway enclave in the South Caucasus.

Azerbaijan, which is fighting ethnic Armenian forces in Nagorno-Karabakh, has not responded to a call for a ceasefire on Thursday by France, the United States and Russia – co-chairs of the Organization for Security and Co-operation in Europe (OSCE) watchdog’s Minsk Group which mediates in the crisis.

But Azerbaijan’s President Ilham Aliyev ruled out talks with Armenia over Nagorno-Karabakh on Tuesday and Azerbaijan’s ally Turkey said on Thursday the three big powers should have no role in peacemaking.

Eleven civilians have been reported killed and more than 60 wounded in the mountainous enclave, which is part of Azerbaijan but is run by its mostly ethnic Armenian inhabitants.

The Azeri prosecutor’s office said 19 civilians had been killed and 55 wounded in Armenian shelling. Azerbaijan has not reported on casualties among its military forces.

Clashes broke out on Sunday between Azerbaijan and ethnic Armenian forces in Nagorno-Karabakh. The enclave is not recognised internationally as independent, and has been the subject of conflict since the collapse of the Soviet Union.

The fighting is more serious that at any time since a war in the 1990s in which 30,000 people were killed, and has deepened concern about stability in the South Caucasus, a region where pipelines carry Azeri oil and gas to world markets.

Welcoming Thursday’s joint statement by Russia, France and the United States, Armenia’s foreign ministry said the country was “committed to a resolution of the conflict through peaceful means.”

“We will continue to adamantly repel Azerbaijan’s aggression but, at the same time, are also ready to engage with the OSCE Minsk Group co-chairs on a ceasefire based on the agreements of 1994-1995,” it said, referring to an earlier ceasefire.

Turkish President Tayyip Erdogan said on Thursday a lasting ceasefire could be achieved only if “Armenian occupiers” withdrew from Nagorno-Karabakh. Aliyev has said Armenia’s demands over Nagorno-Karabakh are unacceptable.

Armenian Prime Minister Nikol Pashinyan told U.S. National Security Adviser Robert O’Brien in a telephone conversation that a ceasefire would be impossible unless “mercenaries and terrorists” are removed from Nagorno-Karabakh.

France has accused Turkey of sending Syrian mercenaries to the tiny enclave and Russia has expressed concern about the alleged deployment of fighters from Syria and Libya. Turkey and Azerbaijan have dismissed those accusations.

Armenia said late on Thursday that four drones had been shot down near the Armenian capital Yerevan. Azerbaijan said references to drones were misinformation.

All-out war over Nagorno-Karabakh would risk drawing in regional powers Russia, which has a military base in majority Christian Armenia, and Turkey, which has said it will stand by mainly Muslim Azerbaijan.

Civilians across the region are increasingly concerned.

Cahanquba Quliyeva, 28-year-old architect in the Azeri capital Baku, is worried young husband and brother will be called up to fight.

“We only saw this in the movies. And now we are going through that ourselves in real life,” she said.

In Yerevan, Armenian psychologist Lusine Pepanyan, 20, said she expected Armenians would be left “on our own” in the conflict.

“The escalation of the conflict has directly affected us – everyone we know is somehow affected because of it,” she said.