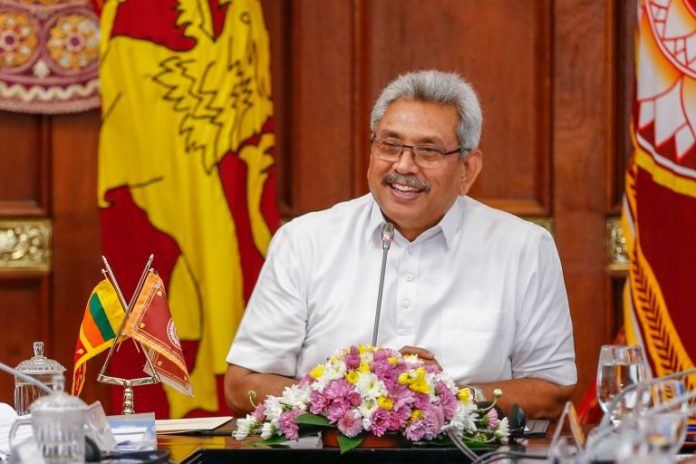 President Gotabaya Rajapaksa says that one of the top priorities of the government is to formulate and implement a strategy that will cover the entire process from early childhood education to tertiary education, in order to ensure that future generations will choose the right path for them and their future.

The President emphasized that special attention should be paid to early childhood development and primary education as those aspects are the most vital stages in a child’s life, President Media Division said.

President Rajapaksa made these remarks at a discussion held at the Presidential Secretariat yesterday (21) on the future activities of the  State Ministry of Women and Child Development, Pre-School & Primary Education, School Infrastructure & Education Services.

“Up until now, there has been no proper focus or monitoring on pre-school education. Therefore, a formal plan has been formulated with the assistance of specialists in children’s education”, the President said.

“It is the responsibility of the parents and teachers to create an environment where the child will be able to receive the education with a free mind as well as to constantly appreciate the child. Attention has been paid to grant an allowance to teachers of pre-school, which do not charge fees. Another objective is to regulate and train them in a way that does not discomfit them. We also plan to provide pre-school children with a locally manufactured kit with the aim of developing their early skills. The primary responsibility of the officers and authorities is to identify and properly manage the resources of all schools in the island”, the President emphasized.

“The responsible officers of national and provincial schools should not be confined to their respective offices instead they should go to schools to identify and solve problems on the spot.”

The President pointed out the need of introducing a system where officers visit schools to provide appropriate solutions for the issues of the teachers rather than teachers travelling to education offices.

Basil Rajapaksa, the Head of the Presidential Task Force on Economic Revival and Poverty Alleviation expressing his regret over the hardships faced by teachers who go to zonal offices for various needs related to their profession, said that the officials should support to resolve the issues faced by the teachers.

Basil Rajapaksa emphasized the need to provide safe drinking water and improved sanitation facilities to all schools within a short period of time.

The government, too, is focusing on setting up Special Education Units at the district level to develop the skills of children with special needs in order to socialize them, stated PMD. Basil Rajapaksa has said that families with such children should be supported with financial assistance to protect them from being the victims of psychological and economic collapse.

The need of passing the necessary legislations by an Act of Parliament to establish a National Committee on Women for the benefit of desperate and victimized females was discussed in detail at the meeting, the PMD said.

The attention has also been drawn to expedite the adjudication of child abuse cases and to provide closed court facilities to take testimonies in a manner which will not disrupt child’s wellbeing.

The President said that beginning from the practice of leaving the classroom placing the chair and desk neatly, an education system will be set up that will transform the child into a responsible citizen with attitudinal changes and behaviours, who loves the country and the society.