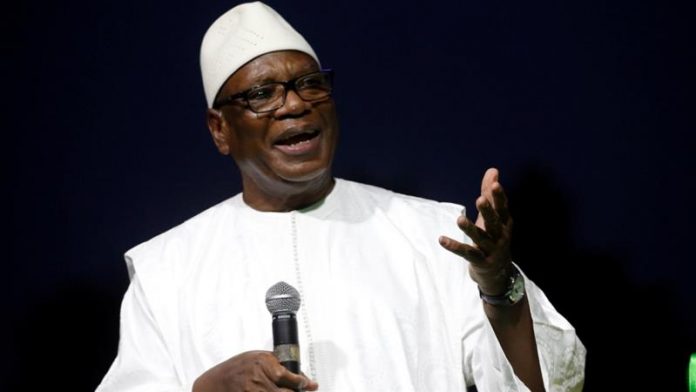 Speaking on national broadcaster ORTM just before midnight, a distressed Keita said his resignation – three years before his final term was due to end – was effective immediately. He also declared the dissolution of his government and the National Assembly.

“If today, certain elements of our armed forces want this to end through their intervention, do I really have a choice?” Keita said in a brief address from a military base in Kati outside the capital Bamako where he had been detained earlier in the day.

“I wish no blood to be shed to keep me in power,” he said. “I have decided to step down from office.”

It was not immediately clear who was leading the revolt, who would govern in Keita’s absence or what the mutineers wanted.

Images posted earlier on social media said to be taken at the Kati garrison showed Keita and his Prime Minister Boubou Cisse surrounded by armed soldiers.

The M5-RFP coalition behind the protests signalled support for the mutineers’ action on Tuesday, with spokesman Nouhoum Togo telling Reuters news agency it was “not a military coup but a popular insurrection.”

The news of Keita’s detention was met with alarm by the United Nations, the former colonial power France and elsewhere in the international community. But in the capital, anti-government protesters who first took to the streets back in June to demand Keita’s resignation, cheered the soldiers’ actions.

“All the Malian people are tired – we have had enough,” one demonstrator said.

The political upheaval unfolded months after disputed legislative elections, and came as support for Keita tumbled amid criticism of his government’s handling of a spiralling security situation in the northern and central regions that has entangled regional and international governments, as well as a United Nations mission.

The downfall of Keita, who was first elected in 2013 and returned to office five years later, closely mirrors that of his predecessor.

Amadou Toumani Toure was forced out of the presidency in a coup in 2012 after a series of punishing military defeats. That time, the attacks were carried out by ethnic Tuareg separatist rebels. This time, Mali’s military has sometimes seemed powerless to stop fighters linked to al-Qaeda and the Islamic State of Iraq and the Levant (ISIL, or ISIS).

The 2012 mutiny also erupted at the same Kati military camp, and hastened the fall of Mali’s north to armed groups. Ultimately a French-led military operation ousted the fighters, but they merely regrouped and expanded their reach into central Mali during Keita’s presidency.

In recent weeks, anxiety had mounted about another military-led change of power in Mali after regional mediators from ECOWAS failed to bridge the impasse between Keita’s government and opposition leaders.

Keita tried to meet protesters’ demands through a series of concessions, and even said he was open to redoing disputed legislative elections. But those overtures were swiftly rejected by opposition leaders who said they would not stop short of Keita’s resignation.

Then on Tuesday, soldiers in Kati took weapons from the armoury at the barracks and detained senior military officers. Anti-government protesters immediately cheered the soldiers’ actions, and some set fire to a building that belongs to Mali’s justice minister in the capital.

Cisse urged the soldiers to put down their arms.

“There is no problem whose solution cannot be found through dialogue,” he said in a statement.

But the wheels already were in motion – armed men began detaining people in Bamako too, including Keita, Cisse and the country’s finance minister, Abdoulaye Daffe.

Tuesday’s developments were condemned by the African Union, the United States, and the regional bloc ECOWAS. UN Secretary-General Antonio Guterres sought “the immediate restoration of constitutional order and rule of law,” according to his spokesman.

Moussa Faki Mahamat, chairman of the African Union, said he “energetically” condemned Keita and Cisse’s arrest and called “for their immediate liberation”.

French Foreign Minister Jean-Yves Le Drian said France “condemns in the strongest terms this grave event.” J Peter Pham, the US envoy to the Sahel, said on Twitter that the US was “opposed to all extra-constitutional changes of government”.

ECOWAS denounced “the overthrow by putschist soldiers of the democratically elected government” and ordered the closing of regional borders with Mali as well as the suspension of all financial flows between Mali and its 15 members states. 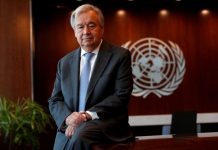 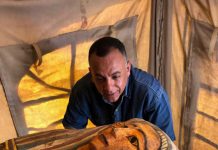