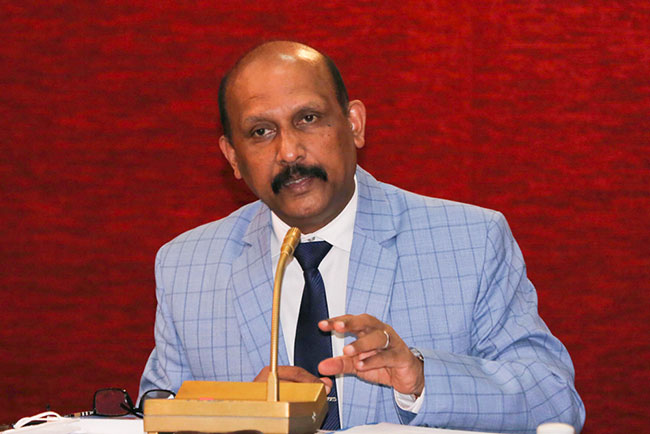 Children need to be safeguarded from all forms of abuse and it is a must that a secure and safe environment is created for children, Defence Secretary Maj. Gen. (Retd) Kamal Gunaratne said.

He expressed these views speaking at a meeting jointly organized by the Defence Ministry and the National Child Protection Authority (NCPA), held at the Ministry premises today (July 27).

“It is no secret now that the law enforcement officials, who were responsible for eradicating drug menace were unfortunately involved in earning quick money by getting involved in massive drug rackets,” he said adding that 17 officers of the Police Narcotic Bureau (PNB) were arrested so far.

Maj. Gen. Gunaratne stressed the need of revising penalties and punishments to give the child abusers maximum punishment as the existing laws were softer and ineffective to do justice to the crime that they committed.

The Child Protection Act No. 50 was passed in the Parliament in 1998. Efforts to devise a policy on child protection were delayed until May 2019, and the meeting summoned today was aimed at establishing a Technical Committee for the implementation of a five-year plan of ‘Child Protection Policy -2019’, as mandated in the President’s election manifesto ‘Vistas of Prosperity and Splendour’.

The National Implementation Plan on Child protection is to be enforced and supervised under the National implementation Committee in which stakeholders including, Defence, Education, Health, Justice, Social Welfare, Labour, Tourism, Media Ministries are to work together in achieving designated implementation objectives.

Under the declared implementation objectives, the Defence Ministry is to ensure realization of three objectives intended at creating a child friendly and protective environment which mainly focuses on effective and timely law enforcement through the Police.

Meanwhile, it was revealed that 47,177 complaints relating to child abuse had been received by the NCPA between 2015 to 2019. In addition, the NCPA’s hotline 1929 has reportedly received an average of 550,000 complaints annually.