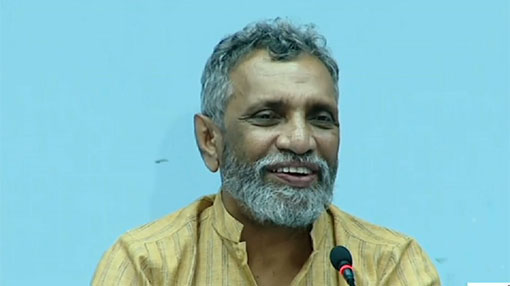 People who are in quarantine centres and those who are undergoing self-isolation will get the opportunity to mark their votes of the General Election 2020 on the 31st of July.

This was confirmed by the Election Commission following the discussions held with the representatives of political parties, the Government Medical Officers’ Association (GMOA) and the Public Health Inspectors Association.

During the talks chaired by the Chairman of the Election Commission, Mahinda Deshapriya, the focus fell on the voting process of those at quarantine centres and in self-isolation owing to the COVID-19 pandemic.

Speaking in this regard during a media briefing, the Chairman of the Election Commission Mahinda Deshapriya said, “It has been decided to hold the election at quarantine centres and for those on self-isolation at homes on the 31st of July.”

Mobile polling centres will be deployed in the areas where people were placed under self-isolation, he continued.

Political party representatives can be sent to quarantine centres as well as mobile polling stations, he said, adding that election-monitoring group are also allowed to do the same.

Responding to a question on election frauds that are likely to happen at self-isolated homes and quarantine centres, the Elections Chief dismissed the possibility of such events as the National Identity Cards will be checked and political party representatives too will be present at those stations.

However, media and political party representatives are prohibited from publicizing the details of those isolated houses and voters at the quarantine centres, he stressed.