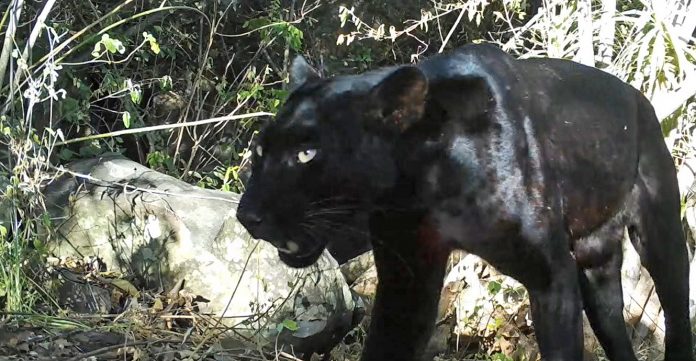 A black leopard trapped in a snare at Walamale in Lakshapna Estate, Nallathanniya was rescued by the wildlife official and taken to Nallathanniya Wildlife Office for treatment.

Wildlife officials said the leopard aged eight years was about eight feet in length and four feet in height. They said the animal would be released to the Sri Pada Sanctuary after treatment.