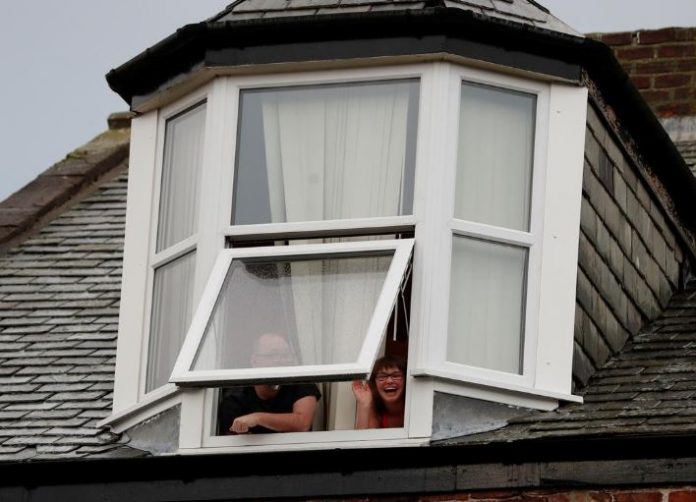 Many Britons would be uncomfortable leaving their homes even if the government ordered the lifting of strict coronavirus lockdown restrictions in a month’s time, according to a poll on Friday.

Britain has been on lockdown since March 23 but on Thursday Prime Minister Boris Johnson said the country was now past the peak of the pandemic and promised to set out a plan next week on how it might start gradually easing restrictions to allow a return to normal life.

A survey by Ipsos Mori showed that more than 60% would be uncomfortable returning to bars and restaurants, using public transport or going to a large gathering such as a sporting event.

Over 40% would still be reluctant to go to the shops or send their children to school and over 30% would be worried about going to work or meeting friends.

The survey data found that the vast majority of Britons were complying with the lockdown not because they had been ordered to by the government but because they do not want to catch or spread the virus.

“This is very worrying indeed, and our research has shown the same, that people in the UK are particularly anxious about this and are reluctant to go out,” David Spiegelhalter, a statistician at Cambridge University, told BBC Radio.

He said it was sensible for the old and vulnerable to protect themselves but that the risks were significantly lower for younger people.

“Many people are definitely over anxious about their chance of both getting the virus and the harm they might come to if they do get it,” Spiegelhalter said.

“As a rough rule of thumb if you get the virus your chance of dying is roughly about the same as you would have had this year anyway, and if you’re not worried about dying this year you shouldn’t be so worried about getting the virus.”

He said the government needed to educate the public, and classify the population into different risk categories.

“We do need to have some sort of campaign to encourage people who are very low risk to actually get out and start living again when we’re able to,” he said.