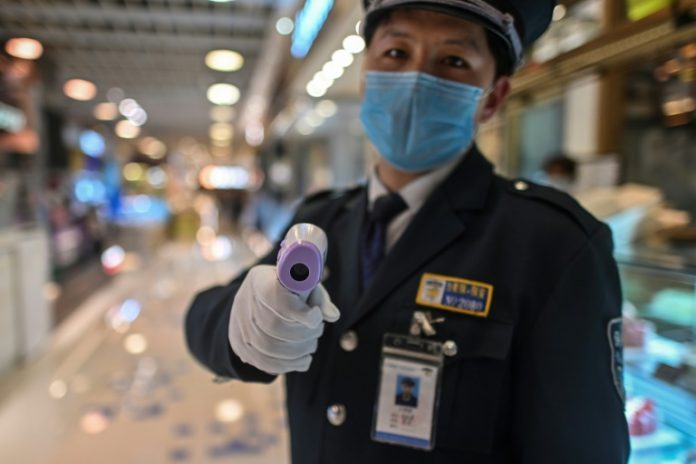 Tightened lockdowns across the planet saw nearly half of humanity told to stay at home in a bid to stem the spiralling coronavirus pandemic, as Spain recorded its deadliest day Tuesday and the United States braced for the full impact of the disease.

The virus has claimed more than 38,000 lives worldwide in a health crisis that is rapidly reorganising political power, hammering the global economy and altering the daily existence of some 3.6 billion people.

Spain, whose outbreak is the world’s second deadliest after Italy, reported another national record with 849 deaths in one day, dampening hopes it could have passed the peak of the crisis that has debilitated the country for weeks.

In battered Italy, flags flew at half-mast during a minute of silence to honour the more than 11,500 people who have perished from the virus, and the medical staff still working through nightmarish conditions.

Although there are hopeful signs the spread of infections is slowing in both countries, hundreds are still dying every day, leading authorities to extend nationwide shutdowns despite their crushing economic impact.

A 12-year-old girl infected with COVID-19 died in Belgium, a rare case of a young person succumbing to the disease.

Elsewhere Poland toughened restrictions on movement while Russia expanded lockdowns across its territory as infections ticked up, including that of a doctor who runs Moscow’s main coronavirus hospital.

Though the doctor recently met with President Vladmir Putin, the Kremlin assured that the Russian leader’s health was fine.

While the rest of the world shuts down, the ground-zero Chinese city of Wuhan has started to reawaken in recent days, giving the bereaved the first time in months to bury their dead.

According to a new study from the Imperial College London, strict containment measures might have already saved up to 59,000 lives across 11 European countries.

Even so, health facilities are in overdrive, with distressed medical staff forced to make grim decisions about how to distribute limited protective gear and life-saving respirators.

The United States was preparing for its darkest days after known infections topped 164,000 — the highest number in the world.

In scenes previously unimaginable in peacetime, a field hospital was set to open in New York’s Central Park after a medical ship with 1,000 beds docked outside the city.

Like France, the US is nearing the 3,305 death toll recorded in China, where the virus emerged late last year but has since come under control.

While companies and schools around the globe have shifted to teleworking and teaching over video platforms, huge swaths of the world’s workforce cannot perform their jobs online are now lacking pay in the face of a deeply uncertain future.

New York city food banks have seen a surge of newcomers who have lost their wages.

“It is my first time,” Lina Alba, who lost her job as a hotel maid two weeks ago, said from a food distribution centre in the city.

“We need the help now. This is crazy. So we don’t know what’s gonna happen in a few weeks,” added the 40-year-old single mother of five.

Three-quarters of Americans are now under some form of lockdown after Maryland, Virginia and Washington DC became the latest to join the roll call.

President Donald Trump sought to reassure Americans that authorities were ramping up distribution of equipment such as ventilators and personal protective gear.

But he also warned that “challenging times are ahead for the next 30 days” and acknowledged a potential nationwide stay-at-home order.

“We’re sort of putting it all on the line,” Trump said, again likening the efforts against coronavirus to a “war.”

The staggering economic and political upheaval spurred by the virus is testing alliances as leaders try to unite around a common cause.

Battle lines have been drawn in the European Union over an argument about the terms of a rescue plan to finance what is expected to be severe economic fallout.

Worst-hit Italy and Spain are leading a group pushing for a shared debt instrument — dubbed “coronabonds”.

But talk of common debt is a red line for Germany and other northern countries long opposed to such a measure, threatening to divide the bloc in the midst of a health catastrophe.

Her call followed concerns about a new law that gave Hungary’s nationalist leader Viktor Orban sweeping authority to rule by decree until his government decides the emergency is over.

While there is broad agreement that extraordinary measures are needed to combat the pandemic, activists around the world have voiced fears that autocrats will overreach — and hang on to the tough new controls even after the crisis abates.

Meanwhile finance ministers and central bankers from the world’s 20 major economies were to hold a second round of virtual talks Tuesday to forge a plan for confronting the crisis.

Last week, G20 leaders pledged to inject $5 trillion into the global economy in hopes of heading off a deep recession.

The economic pain of lockdowns is especially acute in impoverished cities in Africa and Asia.

The pandemic threatens to plunge up to 11 million East Asians into poverty, according to a new World Bank report.

In Africa’s biggest city Lagos, businesses were shut, markets abandoned and streets deserted as the megacity entered its first full day of a two-week shutdown Tuesday.

Containment will be especially tough in the city’s packed slums, where many rely on daily wages to survive.

“To reduce the number of people with coronavirus, we know they need to stop movement,” said 60-year-old engineer Ogun Nubi Victor.

“But there is no money for the citizens, people are just sitting at home, with nothing to eat.”