At least six people are dead and dozens more were injured in a massive pileup on an icy Texas interstate that involved more than 130 vehicles Thursday morning, officials said.

“This is a major catastrophe in our city,” Fort Worth fire spokesman Mike Drivdahl said of the ice-related crash.

It was dark and cold with freezing rain when first responders arrived to the scene after 6 a.m. on Interstate 35, an ambulance service official said.

Thirty-six people were transported to hospitals, and others later sought treatment, officials said. Multiple people were trapped in cars, and fire crews used hydraulic rescue equipment to rescue them. Buses were called in to shelter the stranded from the cold.

“Our thoughts and prayers are with everybody involved with this incident,” Drivdahl said.

Three Fort Worth police officers en route to work were hurt but not seriously, and many of the victims appeared to be health care workers, officials said.

“We did see a large number of people that were victims of this accident, that were in scrubs, that had hospital IDs on,” Matt Zavadsky, spokesman for the ambulance service MedStar, said.

Video posted to social media shows a tractor-trailer sliding at high speed into traffic. The crash led to others and sent some vehicles into the air.

Fort Worth Police Chief Neil Noakes said Thursday afternoon that 133 vehicles were involved in the accident, but added that was not a final number.

“It appears at this point in the investigation, which is still very preliminary, that ice was a factor,” Noakes said. He said it was a tragic day for the city.

Zavadsky, the MedStar spokesman, said that three people were in critical condition and that He all of the people assessed, treated or transported were adults.

While more than 30 were taken to hospitals, others later sought medical treatment. Zavadsky said 65 people had sought medical care related to the incident, and that number could grow.

The pileup occurred as freezing rain and sleet overnight caused dangerous driving conditions during the height of the morning commute.

Police in nearby Arlington said they responded to 82 crashes before 9 a.m., and in Dallas, three people were killed and another person was hospitalized in critical condition in two separate collisions around midnight, NBC Dallas-Fort Worth reported.

The Texas Department of Transportation said Thursday evening that its thoughts are with the families of all of those involved in crashes across the state.

It said during all winter weather events it takes “proactive, advance measures such as pretreating its roads, which can help prevent ice from sticking to the roadway.”

“Conditions on roadways can change rapidly, and unfortunately, even with proactive measures the unpredictable and fast-changing severe Texas weather can still result in some ice accumulating,” the department said. 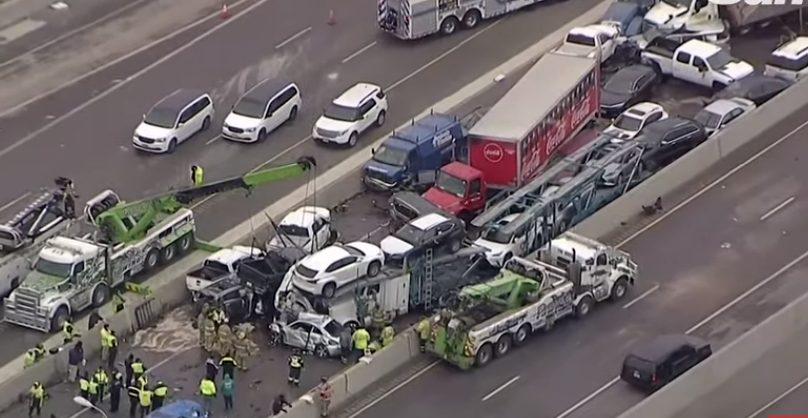 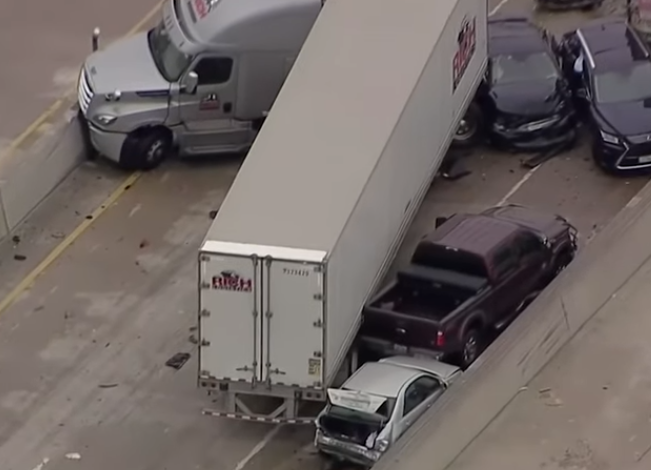