A Chinese spacecraft lifted off from the moon Thursday night with a load of lunar rocks, the first stage of its return to Earth, the government space agency reported. Chang’e 5, the third Chinese spacecraft to land on the moon and the first to take off from it again, is the latest in a series of increasingly ambitious missions for Beijing’s space program, which also has a orbiter and rover headed to Mars.

Right before the ascent vehicle lifted off, the lander unfurled what the space administration called the first free-standing Chinese flag on the moon. The agency posted an image — apparently taken from the lander — of the ascend vehicle firing its engines as it took off.

The spacecraft “unfolded the five-star red national flag, a genuine one made from fabrics, marking a first in the country’s aerospace history,” state media said.

The Chang’e 5 touched down Tuesday on the Sea of Storms on the moon’s near side. Its mission: collect about 4 pounds of lunar rocks and bring them back to Earth, the first return of samples since Soviet spacecraft did so in the 1970s. Earlier, the U.S. Apollo astronauts brought back hundreds of pounds of moon rocks.

The landing site is near a formation called the Mons Rumker and may contain rocks billions of years younger than those retrieved earlier.

The ascent vehicle lifted off from the moon shortly after 11 p.m. Beijing time Thursday (1500 GMT) and was due to rendezvous with a return vehicle in lunar orbit, then transfer the samples to a capsule, according to the China National Space Administration. The moon rocks and debris were sealed inside a special canister to avoid contamination.

It wasn’t clear when the linkup would occur. After the transfer, the ascent module would be ejected and the capsule would remain in lunar orbit for about a week, awaiting the optimal time to make the trip back to Earth.

Chinese officials have said the capsule with the samples is due to land on Earth around the middle of the month. Touchdown is planned for the grasslands of Inner Mongolia, where China’s astronauts have made their return in Shenzhou spacecraft.

Chang’e 5’s lander, which remained on the moon, was capable of scooping samples from the surface and drilling 2 meters (about 6 feet).

While retrieving samples was its main task, the lander also was equipped to extensively photograph the area, map conditions below the surface with ground penetrating radar and analyze the lunar soil for minerals and water content.

Chang’e 5 has revived talk of China one day sending astronauts to the moon and possibly building a scientific base there, although no timeline has been proposed for such projects.

China launched its first temporary orbiting laboratory in 2011 and a second in 2016. Plans call for a permanent space station after 2022, possibly to be serviced by a reusable space plane.

While China is boosting cooperation with the European Space Agency and others, interactions with NASA are severely limited by U.S. concerns over the secretive nature and close military links of the Chinese program. On Tuesday, Thomas Zurbuchen, NASA’s science director, tweeted a congratulatory message to China after the spacecraft landed on the moon.

Congratulations to China on the successful landing of Chang’e 5. This is no easy task. When the samples collected on the Moon are returned to Earth, we hope everyone will benefit from being able to study this precious cargo that could advance the international science community. pic.twitter.com/2xoKouf3dq

China is executing an incremental approach to its moon program, launching a series of increasingly complex robotic spacecraft to develop and test the propulsion, guidance, navigation and landing systems needed for long-term exploration.

The Chang’e 1 and  2 missions successfully reached lunar orbit in 2007 and 2010 respectively, followed by the Chang’e 3 lunar lander in 2013 and Chang’e 4, which landed on the far side of the moon in 2019. Chang’e 5 is the first of two planned sample return missions and China’s most ambitious moon mission to date. 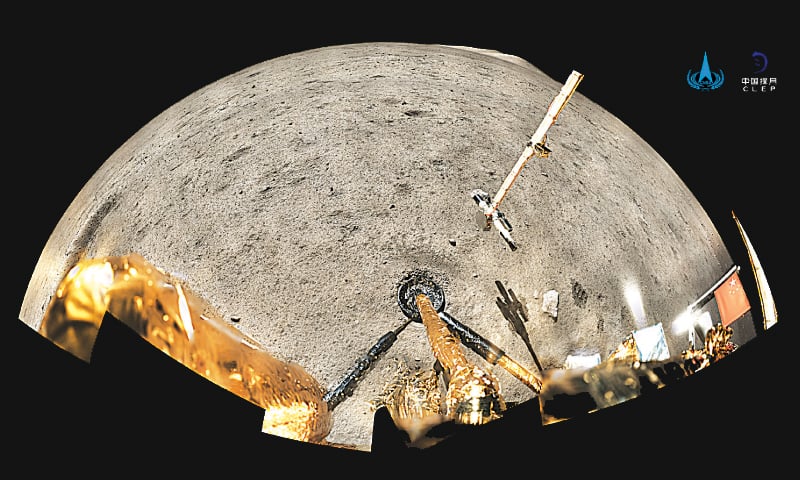 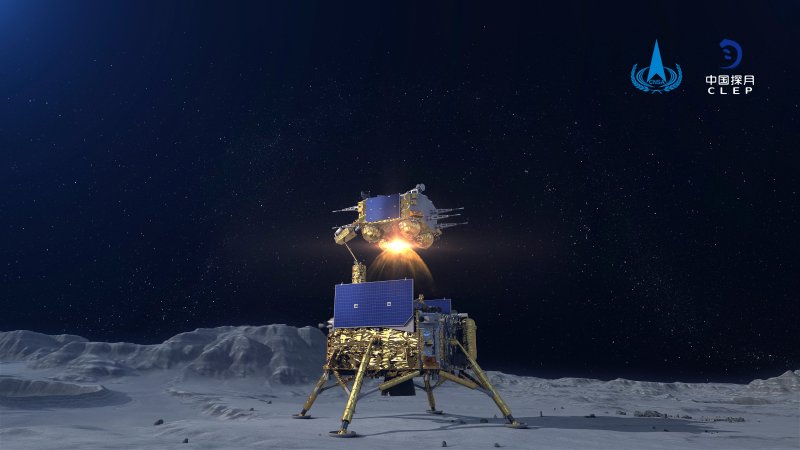