Prime Minister Mahinda Rajapaksa was gifted his first vehicle, a FIAT 124 Sports Coopé, by the family which bought the vehicle from Rajapaksa years ago.

S. A. Amarasiri who had purchased the vehicle from Mr. Rajapaksa had owned the vehicle until his demise. Mr. Amarasiri had also won a motor rally held in India, in which he participated with the FIAT, which is now a valuable 50 year old vintage motor car. 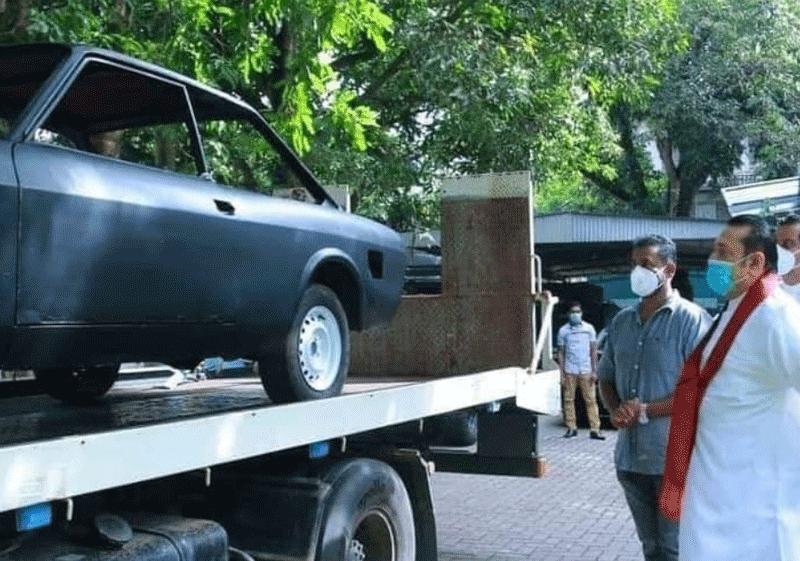 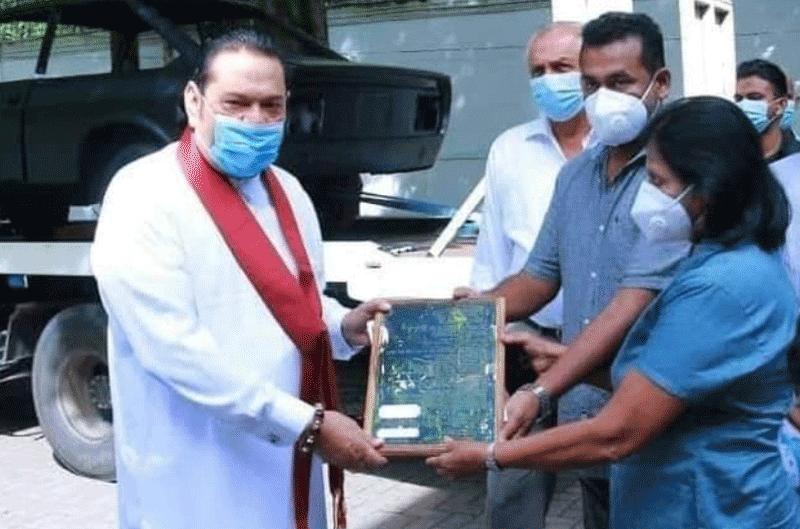 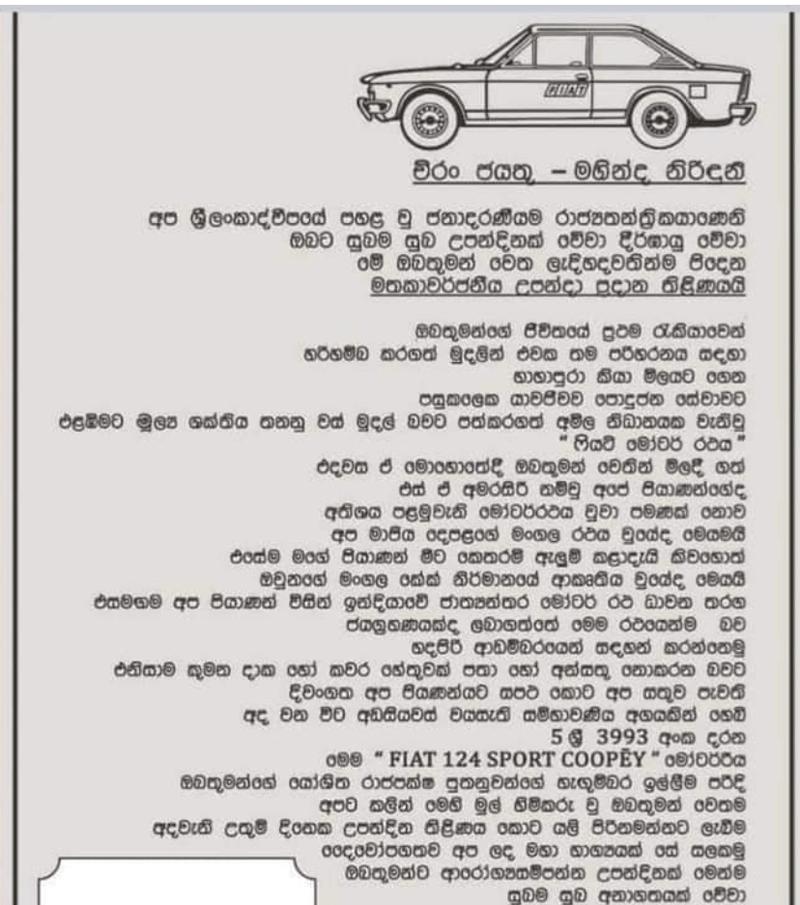