The attention of the Foreign Relations Ministry is drawn to a quiz titled “Travel quiz: do you know your islands, Man Friday?” published on the web edition of The Guardian newspaper in the United Kingdom on Friday, (15).

In a media release published today (16), the Ministry said that the second question of the quiz read “Eelam is an indigenous name for which popular holiday island?”

Among the answers to this question, Sri Lanka has been listed as one of the choices and when one selects  Sri Lanka as the answer, whilst indicating it as the correct answer, a further description “the full name of the island’s recent military insurgency was LTTE – Liberation Tigers for Tamil Eelam” has appeared.

The High Commissioner of Sri Lanka in the United Kingdom has written to the Editor of the Guardian newspaper on the inaccuracy of this information requesting that the content be removed, the Foreign Ministry said further.

The Guardian has subsequently removed the reference from the quiz following the outcry from Sri Lanka. 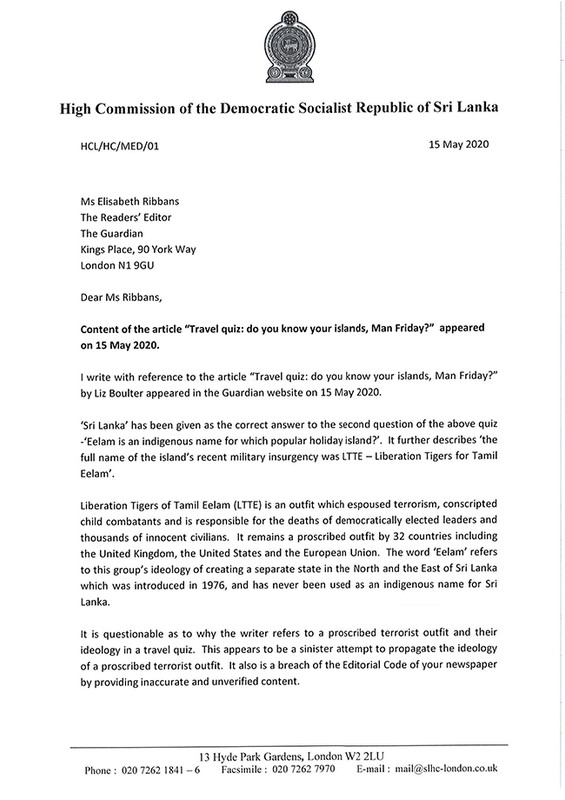 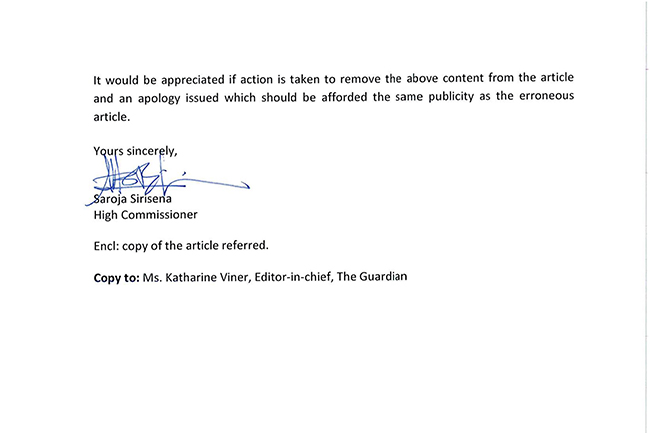