The Gazette pertaining to the number of members that will be elected to Parliament from each district through the upcoming general election, as well as the number of candidates that can be nominated has been released.

The Gampaha district comes in second in terms of members that can be elected with a total figure of 18. Parties can nominate upto 21 candidates for the district. Independent groups contesting in the Gampaha district will have to place a deposit of Rs 42,000.

Out of the 22 electoral districts gazetted Trincomalee will have the smallest representation with 4 members to be elected to Parliament. Parties can nominate up to 7 candidates for the district.

The gazette has been issued by Saman Sri Rathnayake the Commissioner General of Elections. The complete list is as follows 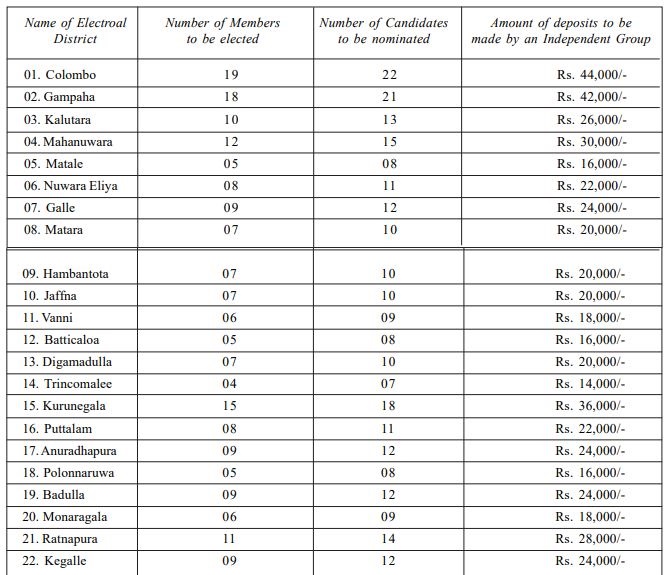