The Simpsons is currently broadcast in the UK on Sky One and Channel 4 – Sky shows episodes from all 31 series, while Channel 4 is showing up to series 27.

But some Simpsons fans threatened to boycott Disney+ UK if the series was not included in its roster of programmes.

It is understood that the show will be shown on Sky for the foreseeable future, no matter the outcome of the Disney+ deal.

Disney has owned the rights to The Simpsons since it purchased Rupert Murdoch’s Fox for $52bn back in 2017. The US version of Disney+ launched with more than 660 episodes of the sitcom last year.

Only one was missing: Season three’s Stark Raving Dad, which featured a guest appearance by Michael Jackson. Producers pulled the episode from circulation following renewed allegations of sexual abuse by the star in the Finding Neverland documentary last year.

Other shows destined for Disney + when it launches on 24 March will include Star Wars series The Mandalorian and a new Toy Story series centred on the character Forky.

The on-demand video service, which costs £5.99 per month, is Disney’s attempt to challenge industry leader Netflix, which has 170m subscribers.

Walt Disney said about 28.6 million people had signed up for Disney+ since it started in November.

The service is currently available in five countries, including the US and Canada. Alongside the UK, it’s due to launch in other countries in western Europe later this month.

However, a red carpet gala marking the launch has been cancelled due to fears over coronavirus. 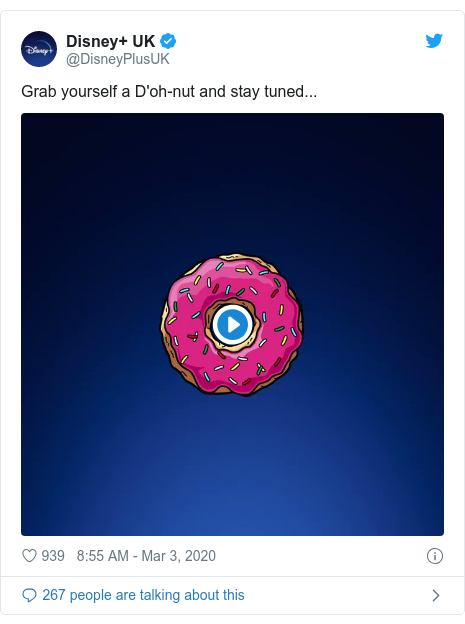