Three new European envoys have accredited to Sri Lanka presented their credentials to President Maithripala Sirisena at the President’s House in Colombo yesterday (19).

Addressing the new envoys, the President has said that all three countries represented by the new envoys have excellent longstanding relations with Sri Lanka.

President Sirisena has pointed out the fact that all three are women of outstanding achievements was a proud signal of women empowerment. He said that the population of Sri Lanka comprises 52% women and they make a tremendous contribution to the economy.

President Sirisena has emphasized that women engaged in the garment industry, expatriate employment and plantation industry help the country to earn foreign exchange.

The three envoys conveyed the best wishes of their respective government to President Sirisena and emphasized they would endeavour to further strengthen bilateral ties and cooperation during their tenure in Sri Lanka. 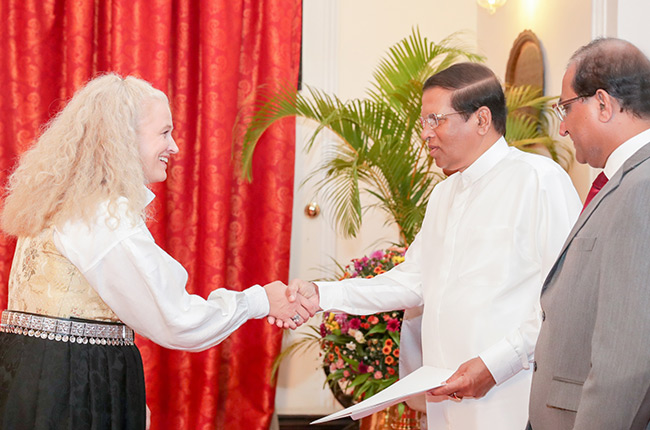 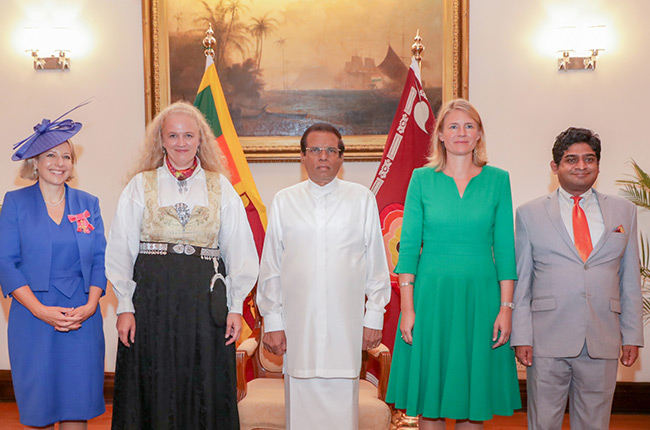 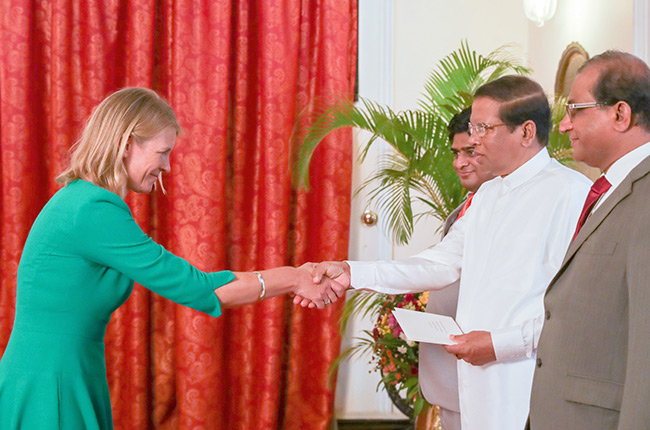 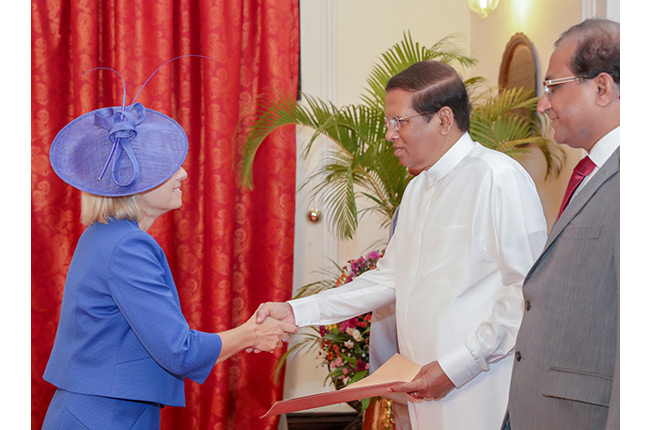