It is the highest gallantry medal awarded by the Commander-in-Chief for all the  serving officers in Army, Navy and Air Force in recognition of their unmatched valour, dedication and unfailing commitment.

Corporal Ratnayake of the Sri Lanka Air Force was decorated with this medal for his selfless act to save lives of four people who were faced with the danger of drowning in a lagoon in Batticaloa on December 21, 2016.

President Sirisena awarded the Veerodhara Vibushana medal to wife of Late Warrant Officer Y. M. S. Yaparatne who lost his life while carrying out relief operations conducted by the Air Force during floods in 2017. 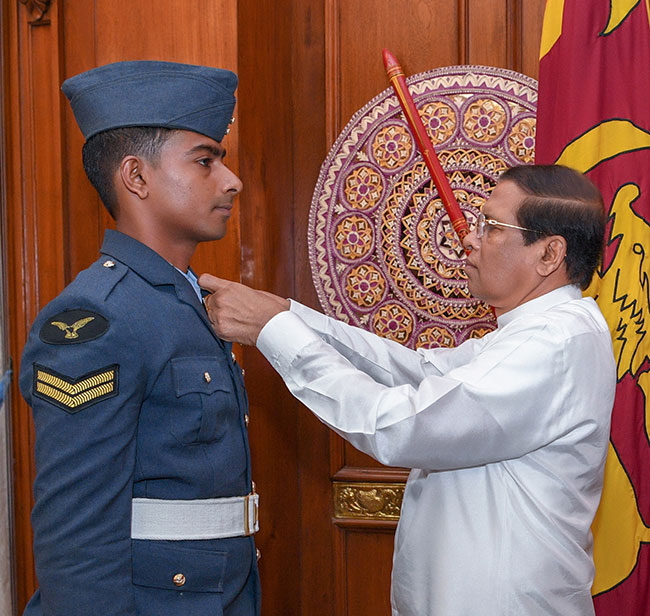 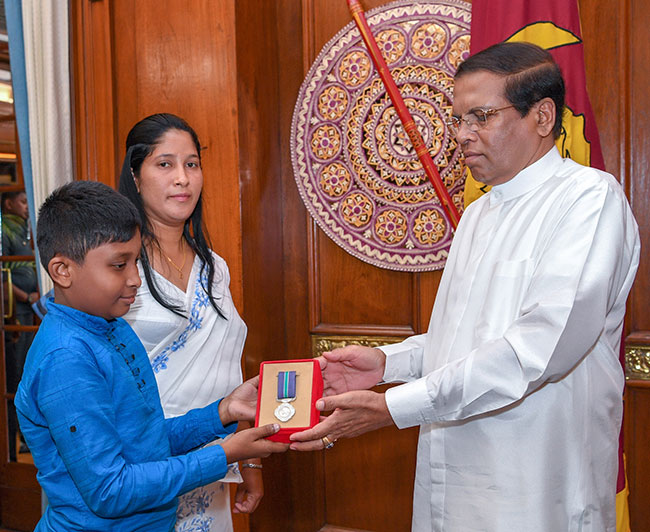