Commenting on a video where President Sirisena was seen performing yoga, Premier Modi said, “Thank you President Maithripala Sirisena for your support towards making Yoga more popular. Also glad to see you share your own experience of practising yoga.”

As the world celebrated the International Day of Yoga today, President Sirisena shared a video of him performing yoga and complimenting Premier Modi for his efforts at bringing yoga to the international stage.

“I compliment my friend Narendra Modi for his efforts at bringing our common heritage of yoga to the international stage. I urge all to practice yoga like me,” he said. 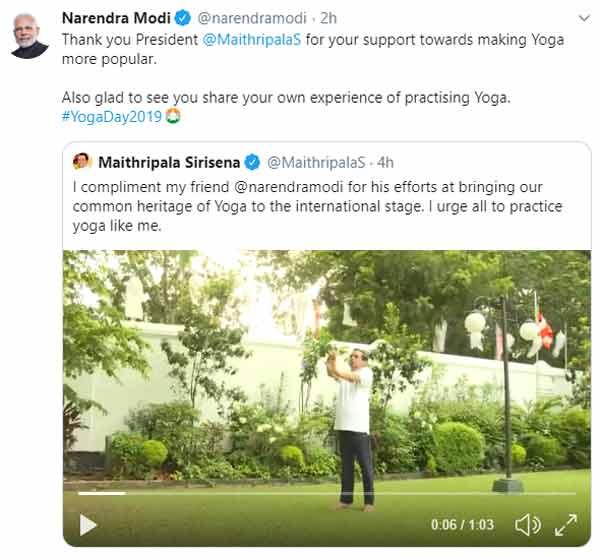