President Maithripala Sirisena, in his message for Ramazan festival, says that any form of religion that teaches to respect the greatness of humanity will not mislead the followers to get detached from the human kind and Islam is that kind of religion.

Offering his wishes to the Islamic devotees observing Ramazan ceremony, the President commended the fasting period during which they withhold the worldly pleasures, sacrifice, indulge in religious rituals and offer ones’ own earnings to the poor and the helpless symbolizes the spirituality common to all South Asian religious philosophies.

“In this long journey of human civilization, we come across all the religious practices, beliefs and philosophies of the world. Thus the common string of humanity is much further than the religious followings,” President Sirisena has said.

The complete message of the President is as follows: 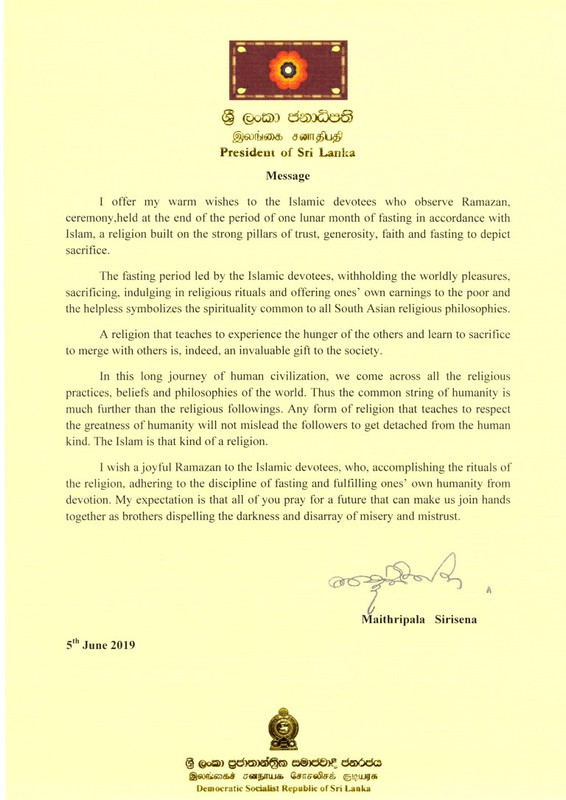