Suhana khan is away from her parents, completing her studies in London and of late the star kid celebrated her 19th birthday on 22nd of May. She has always dropped massive hints of pursuing an acting career in bollywood and the talented kid is also working towards it. Reportedly, soon after Suhana completes her schooling, she will join an educational institute for three-four years to train in acting.

Coming back to the star kid, even before she makes her Bollywood debut, she has already gathered a massive number of fan following on social media and her pictures are often making ways on internet. Now, post her birthday a few photographs of the star kid went viral on social media through her fan pages. According to some of the pages, Suhana of late attended her friends’ birthday and she looked extremely gorgeous and hot. She was seen wearing a body-hugging white long sleeve tee. Reportedly, she attended her friend wthena’s birthday party. She flaunted her semi-golden locks, nude-colored lipstick and not to miss the white nail paint she wore. 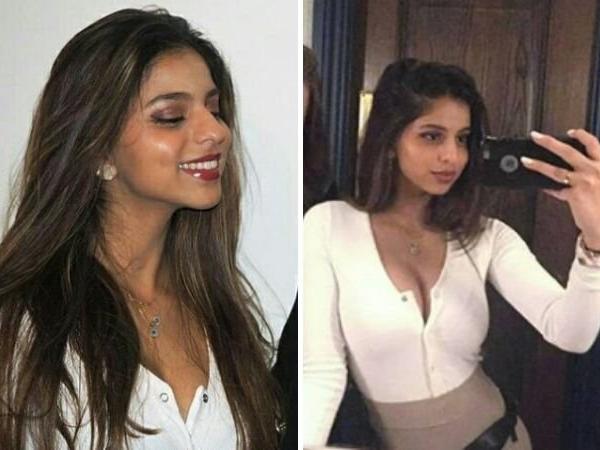