Billionaire ASOS owner Anders Holch Povlsen has lost three of his four children in the Sri Lanka terror attacks on Easter Sunday that killed a total of 321 people.

A spokesman for Povlsen, Denmark’s richest man who also owns a huge estate in Scotland, confirmed the deaths but did not say which of his four children had been killed. The billionaire had been on holiday with his family for the Easter holidays but he, his partner, and one of his children survived.

Just days before the devastating attacks, one of Povlsen’s children, Alma, shared a holiday snap of her siblings Astrid, Agnes and Alfred, next to a pool.

Povlsen previously revealed he planned to leave his estate to his children so they could continue his 200-year vision for ‘rewilding’ the land long after he was gone.

Islamist extremist material has been recovered from a hotel room allegedly used by the suspects in the Sri Lanka hotel bombings, MailOnline can reveal.

The seven bombers co-ordinated their attacks targeting five-star hotels and churches on Easter Sunday in an apparent deliberate attempt to target westerners and Christians.

Manisha Gunasekera, the Sri Lankan High Commissioner to the UK, has said eight British nationals were killed in the attacks. In total 39 foreigners have been confirmed dead including two joint UK-US nationals and a number of Dutch, Turkish, Australian and Portuguese people.

Also among the confirmed dead are a British BP lawyer, her 11-year-old son, and her daughter. Anita Nicholson was having breakfast with her family at the Shangri La hotel in Colombo when two suicide bombers walked in and blew themselves up.

Another two British teenagers are feared to be among the dead, but this has not been confirmed. 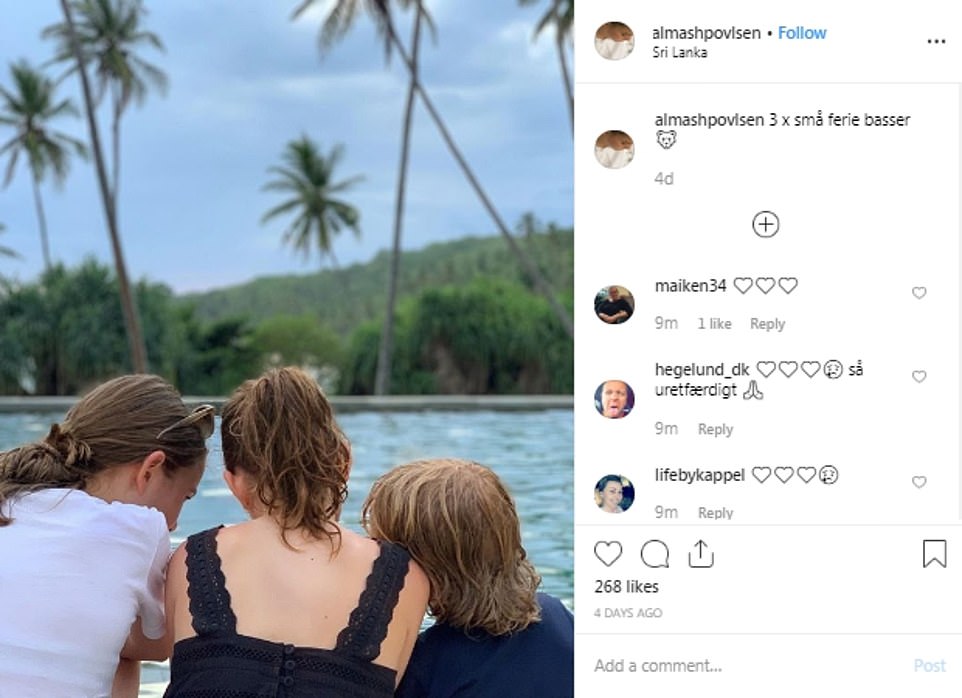 Just days before the devastating attacks, one of Povlsen’s children, Alma, shared a snap of her three siblings Astrid, Agnes and Alfred, next to a pool. It is not yet known which of Povlsen’s three children have died.