North Korea on Sunday described the February raid on its embassy in Madrid by a dissident group as a “grave terrorist attack” and urged an investigation into the perpetrators.

A group of armed men burst into Pyongyang’s Spanish embassy last month and roughed up employees before fleeing with documents and computers.

The incident came just days before a high-stakes nuclear summit in Hanoi between North Korean leader Kim Jong Un and US President Donald Trump that ultimately failed to reach an accord.

In its first official comment on the raid, North Korea suggested the possible involvement of the US Federal Bureau of Investigation and called on Spanish authorities to bring the “terrorists and their wire-pullers to justice”.

“A grave terrorist attack occurred on February 22, where an armed group assaulted the DPRK Embassy in Spain,” a spokesman for the foreign ministry said in a statement carried by the official KCNA news agency, using the acronym for the North’s official name.

“We are following the rumours of all hues now in the air that FBI of the United States and the small fry of anti-DPRK ‘body’ were involved in the terror incident,” it added.

“We expect that the authorities concerned in Spain… carry out an investigation into the incident to the last in a responsible manner.”

An investigation into the raid is already underway in Madrid.

On Wednesday, a Spanish court named Mexican national Adrian Hong Chang as leader of the group who contacted “the FBI in New York five days after the assault” with information related to the incident in the embassy.

According to investigating judge Jose de la Mata, two of the assailants took the embassy’s commercial attache to an underground room and urged him to defect, which he refused to do.

Speculation over the identity and motive of the assailants has swirled in the media since the murky raid, with some suggesting links to the US Central Intelligence Agency and FBI.

Hours after the court statement, the Cheollima Civil Defense (CCD)- a dissident group believed to include high-profile North Korean defectors – claimed responsibility for the raid.

It said the raid had no links to the Hanoi summit – which ended abruptly with no agreement — and that no other governments were involved until after the event. 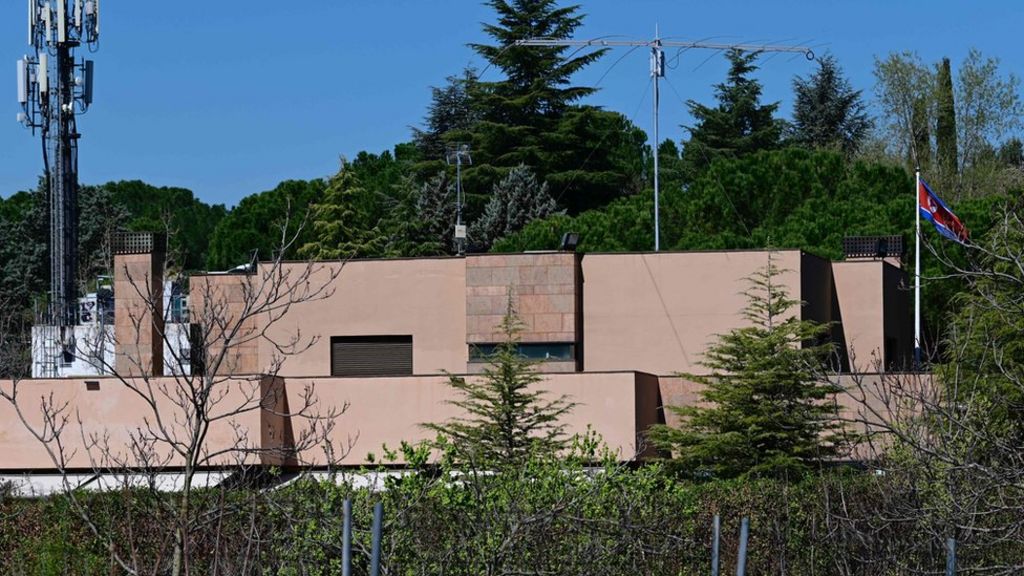 “The organization shared certain information of enormous potential value with the FBI in the United States, under mutually agreed terms of confidentiality,” the CCD said in a statement posted on its website last week.

Reports of the alleged ties between the intruders and the FBI appeared to have prompted Pyongyang to break its silence after more than a month, said Thae Yong Ho, a former North Korean diplomat who defected in 2016.

“The fact that North Korea’s reaction comes 37 days after the incident shows it put a lot of consideration into the official statement,” Thae wrote on his website.

He added that the North was pressuring Spanish authorities to confirm the identity of the group responsible for the raid.

The CCD – which offers to assist people attempting to defect from North Korea – emerged in 2017 when it posted an online video of the son of the North Korean leader’s assassinated brother, saying it had guaranteed his safety.

Last month the group declared itself a government-in-exile for the North called “Free Joseon”, using an old name for Korea.

The CCD has identified itself as a group of defectors around the world but it is still unclear who is behind the shadowy organisation – although some speculate it has links to South Korea’s spy agency.