The Game of Thrones hype has gone up another gear.

The first full trailer was released on Tuesday – and fans are studying the two-minute video closely for clues on what’s coming up in the final season.

One of those is George Alexander, who has watched every episode so far on camera for his reaction YouTube channel.

Here are his five things to look out for when season eight comes out on 15 April – plus some bold predictions for who could be on the Iron Throne by the final episode. 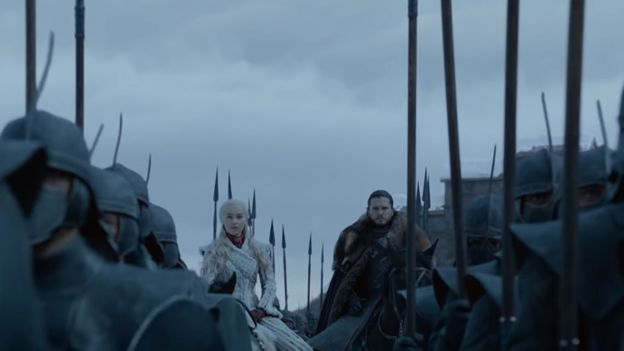 “My favourite – Queen Daenerys. Seeing her in a scene just excites me,” George says.

“There were a couple of scenes with the dragons – I’m really excited to see how Arya and everyone reacts to seeing them for the first time.”

Plus he’s really interested to see how Jon Snow and Daenerys’s relationship develops.

They finally joined forces in season seven, but neither character knows what fans have suspected for a long time – she is his aunt.

“There was a scene where they were in the Winterfell crypt and he was looking at something – I’m pretty sure that it is going to be his mother.” 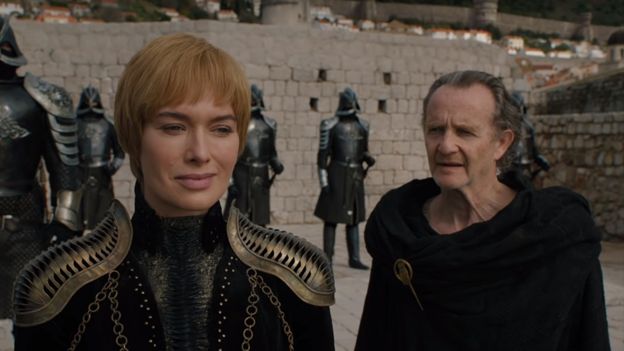 “I’m interested to see how Cersei gets on being on her own,” says George.

“She’s always had a lot of people around her – of course she does still have Qyburn and The Mountain.”

In season seven, Cersei tells her brother Jaime that she’s pregnant before he leaves her to go and fight the White Walkers.

“That was a big thing from last season. Do we think she’s really telling the truth about her pregnancy?

“I think the only person that can end Cersei is Jaime. It would be a bittersweet ending for her to be at the end of his sword.” 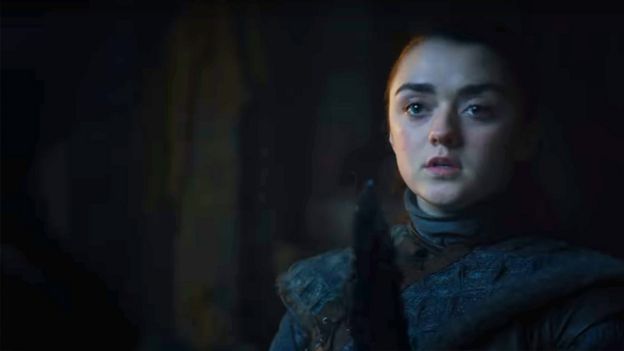 Maisie Williams’ Arya Stark is the first face you see in the trailer.

By the end of the last season, she had reunited with her brother Bran and sister Sansa at Winterfell – and Littlefinger has just become the latest person she’s killed.

“I know Death. He’s got many faces. I look forward to seeing this one,” she says in the trailer.

George thinks the scene is taken from “the major battle we’re going to have between the dead and the living”.

How will The Spider do in battle? 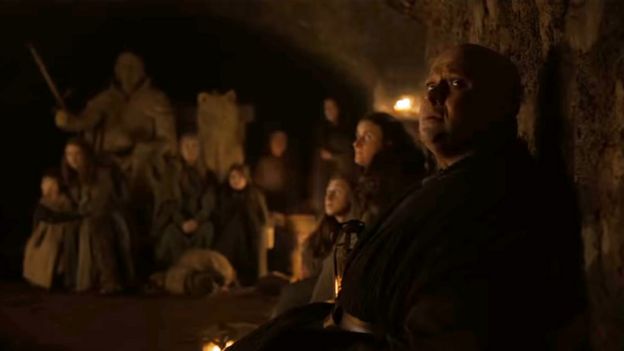 “I’m really excited to see the smaller characters in the trailer – like what Varys is up to,” George says.

By the end of season seven, Varys – aka The Spider – is in White Harbour in the north, ready to fight the Night King.

“It’s not really political any more. It’s not like he can whisper in one ear or the other to try and get what he wants.

“This is going to be battle and bloodshed, and I’d like to see how he gets into that.”

Who will end up on the Iron Throne? 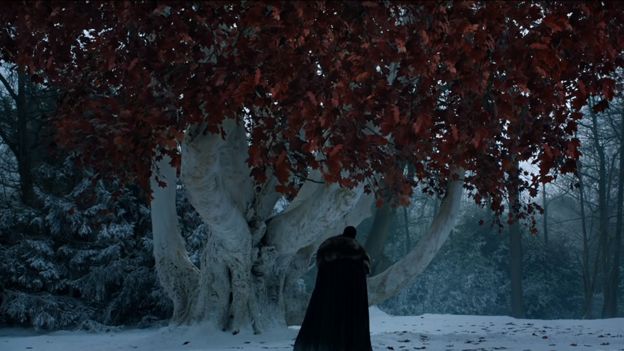 George has some theories.

“Based on the trailer, I honestly wouldn’t be surprised if there’s no throne at the end of this season.”

He thinks that it would be “too obvious” for Daenerys or Jon Snow to claim the throne by the end.

“I’d happily like Sansa to be on the throne – I think it would be quite a good Elizabeth I nod.

“But I really don’t know at the moment. Maybe the Night King could be? Maybe a dragon?” 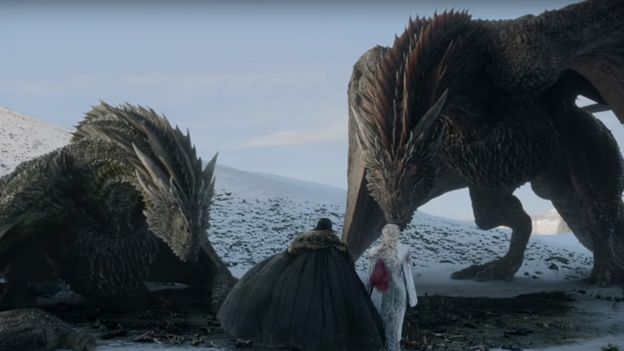 Or how about this for a theory?

“I’d like someone unexpected – like Jon Snow defeats the night king, but the Wights will be uncontrollable and to salvage that, he will have to put the dragonglass in himself.

“He’ll become the new Night King, and lead the Wights back up to the north.

“Then he’ll be the King in the North.”