RAB said the detainees are linked to a huge haul of drugs seized in Sri Lanka in December 2018.

“They [the detainees] carried, supplied, and also distributed drugs. They have links to or networks with rings in Afghanistan, Pakistan, China, Malaysia and Sri Lanka.”

He added that these five people also travelled to those countries several times.
The RAB official said this international group of 15 to 20 people is controlled by Al Amin Fashion Buying house’s Arif Uddin, who is on the run.

He said: “Their leader is Rehana. She was detained in China. Four of the detainees came to this line of drug trade through her and Ruhul Amin.

Sri Lankan Police seized 272kg of heroin and 5kg of cocaine in a special operation at Colombo’s Mount Lavinia on December 31, 2018.

The Tk152 crore drug haul was seized from a house that was rented in Afsana’s name.

Mufti said: “Primarily we have no information that indicated the detainees carried drugs to Bangladesh and then smuggled them abroad. However, they did collect the drugs from abroad and supplied them to other countries.”

Stating that some of the gang members live abroad, he said: “We have got some names and information, but cannot disclose them now for the sake of our investigation.” 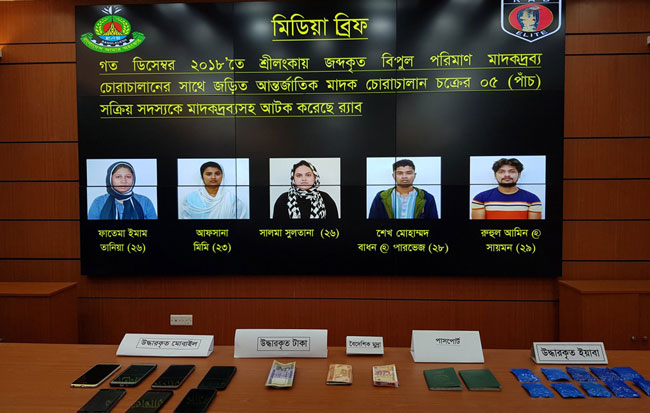 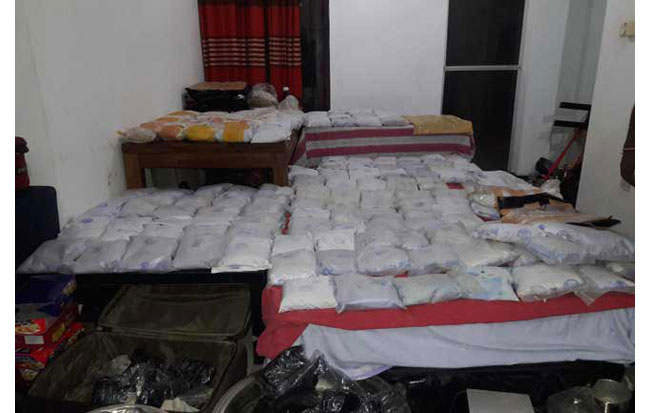