The Department of Immigration and Emigration has decided to halt the issuance of passports valid only for Middle Eastern countries with effect from December 31st, 2018.

This was announced in a press release issued by the Department of Government Information yesterday (27).

Accordingly, from the 1st of January 2019, the Immigration and Emigration Department will only issue passports valid for all countries, the release further said.

The release was signed by the Director General of Government Information Nalaka Kaluwewa. 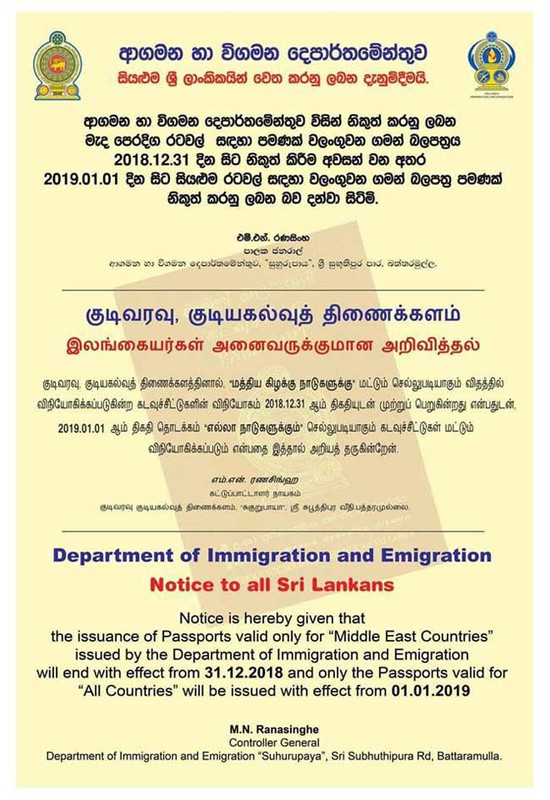