Appreciating President Maithripala Sirisena’s decision of appointing him as Prime Minister, Mahinda Rajapaksa who resigned on December 15 within just over a month after taking office said it was done to rescue the country at a time when it was under financial and national pressure.

Rajapaksa held a multi-religious service at his home on Saturday where he signed a letter backing down from the post of prime minister conferred on him on October 26 after the President sacked UNP leader Ranil Wickremesinghe, who .

In his letter of resignation addressed to the President, released to the media today, the former President says he decided to step down from the premiership as the first step towards liberating the country and its people from the clutches of certain forces attempting to destabilize the country by creating confusion between the executive, the legislature and the judiciary.

Wickremesinghe was reinstated on Sunday (Dec 16), ending a 51-day crisis that had paralysed the nation. 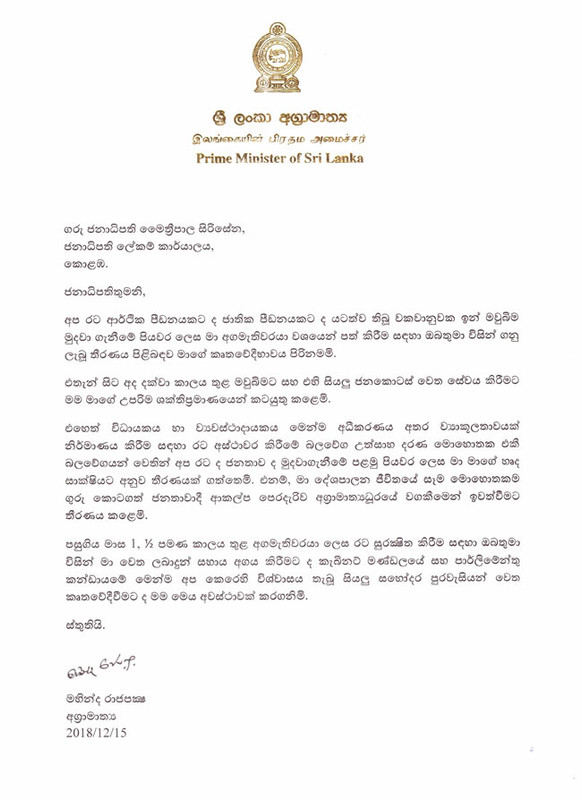